By Lidpett (self meida writer) | 7 days 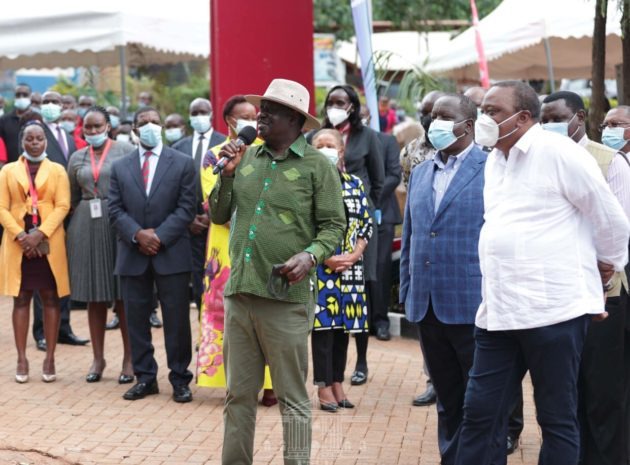 The BBI referendum issue saga has dorminated kenyans headlines for a number of days. It was nurrified by the high court citing gross violation of the constitution but it proponents have decided to appeal the matter in the court of appeal where they are now eagerly waiting for hearing and determination.

Much has been said and blame game has dorminated as judiciary blame executive for failure to follow rule of law while the executive feel that judiciary is subbotaging their efforts. It was the other day where the president failed to promote six judges who were recommended by JSC causing alot of friction. The newly appointed chief justice Martha Koome condemned the act and told the president to appoint the remaining judges. 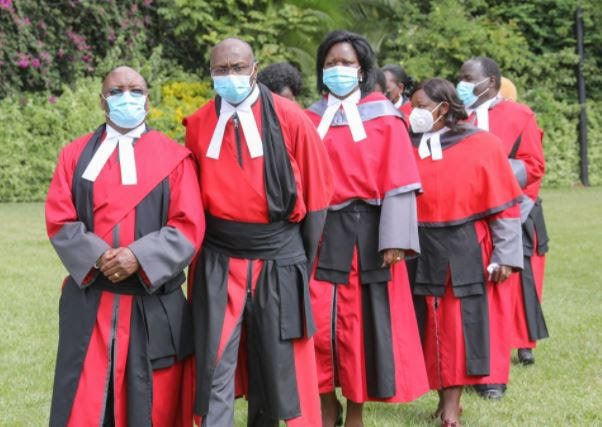 As Pro-BBI team wait for determination of their appeal they been give some hopes after Sam Omwega reveals what the president is saying. According to the Star Omwega said that "Uhuru is saying even with its shortcomings, BBI is overall good for the country and that being the case, the appallete courts hearing the case must let it be over all other considerations, including the politics of it 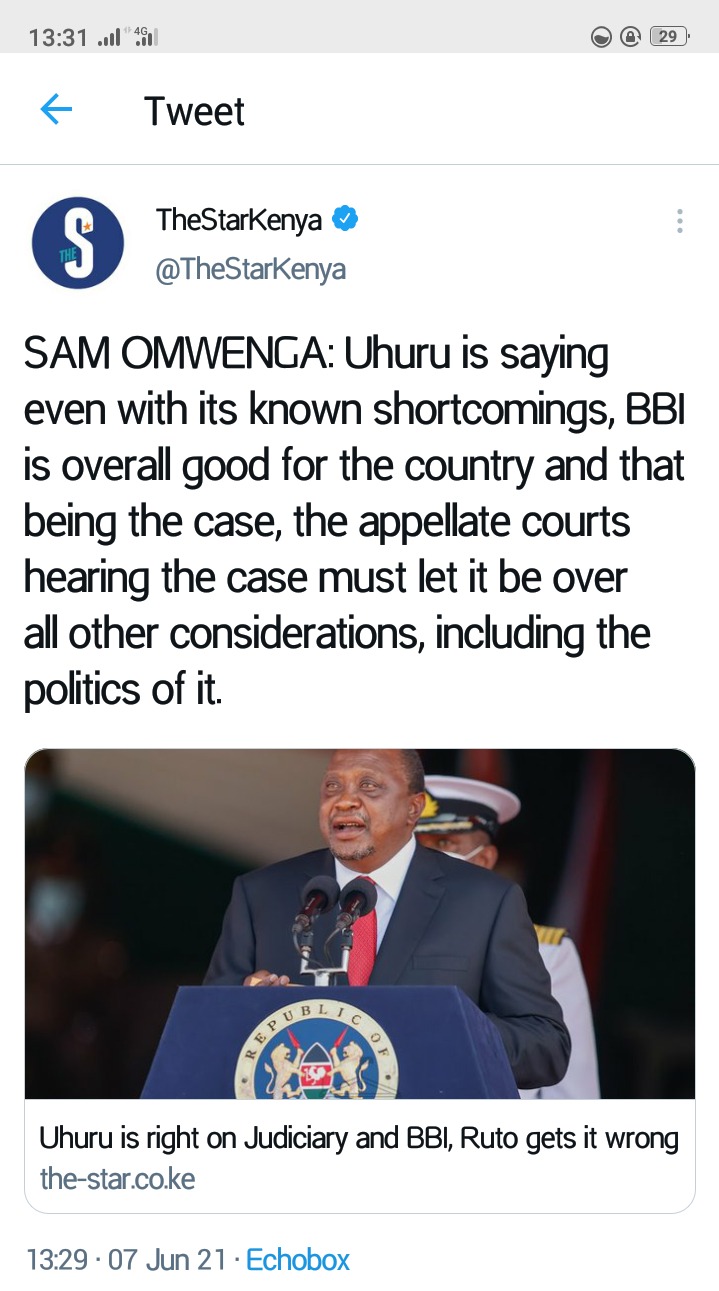 This simply means that the President want the court to rule on the favour irrespective of it harmful effects as longs it's good for kenyans.

"I Will Dearly Miss Him", Raila Odinga Mourns Jakoyo Midiwo

A dark Monday for Kenya

What a Sad Day; Kenyans Mourn This Popular Politician Hours after the Death of Chris Kirubi