By Soccer,AthletesNews.com (self meida writer) | 10 days 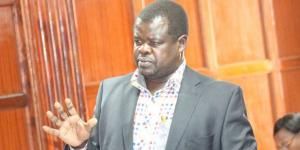 The High Court suspended the implementation of the 25 percent excise duty on all imported furniture.This follows a petition filed by activist Okiya Omtatah that the Financial Bill that imposed the duty was passed without proper public participation.

In his petition, Omtatah argued that the excise duty was going to ruin Kenya’s international trade relations and burden taxpayers.

The activist further argued that the bill was introduced in parliament after it was shot down by the committee on Finance and National Planning and Treasury.Justice Anthony Mrima suspended the implementation of the Bill that took effect on July 1.

The judge noted the Treasury did not support the bill as imported furniture was already attracting 35 percent import duty and 16 percent VAT.

“The imposition of the 25 percent excise duty of imported furniture in the Finance Act, 2021 is hereby suspended pending interparties hearing,” Justice Mrima ruled.

The court referred to the imposition of 25 percent excise duty on glass bottles which the EACJ considered discriminatory against glass bottles coming from other East African Countries.

However, the Attorney General Paul Kihara Kariuki opposed the petition, arguing that the excise duty was for the benefit of all Kenyans and Okiya Omtata did not give evidence on how Kenyans will suffer if the Bill is not suspended.

AG Kihara insisted that only parliament has the power to make laws and it is paramount to respect the House decision.