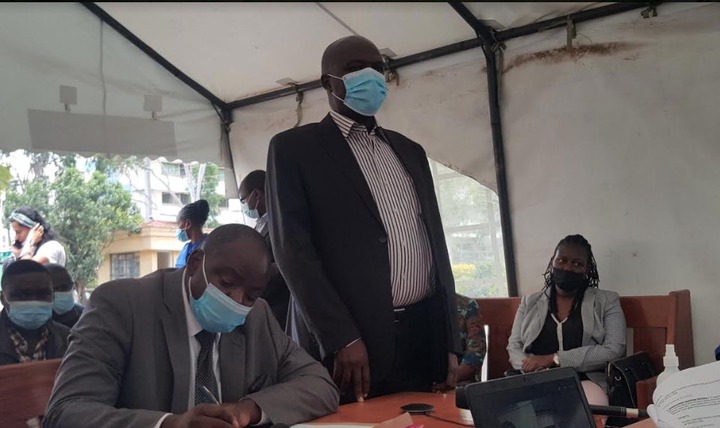 A lawyer has found himself in a tight corner after he was charged along with a wealthy businessman for defrauding an orphan an amount worth Sh100million.

The lawyer, Philemon Morara Apiemi, was arraigned along with Mr Shahdadpuri Chanshymam Choithram in the presence of Chief Magistrate Francis Andayi.

Mr Choithram, did not appear in court as ordered by the prosecution as he was suffering from Corona disease. 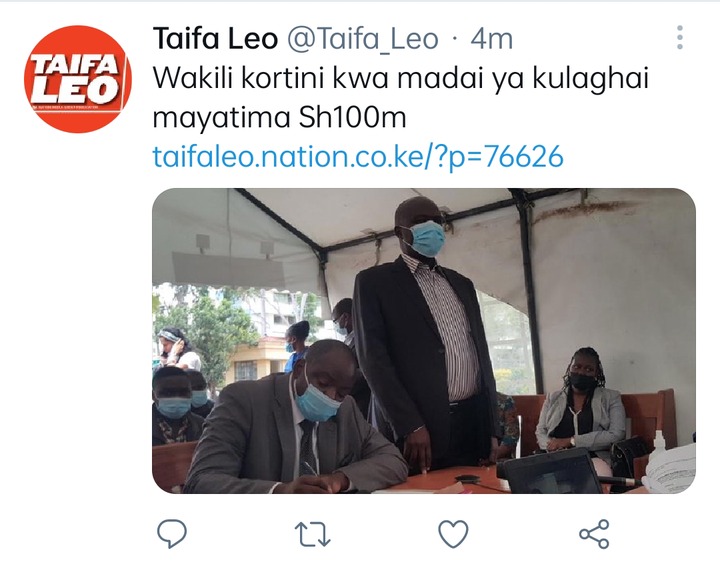 Morara appeared in court and denied seven charges against him and then asked for his release on bail.

The lawyer representing Mr Choithram is accused of defrauding the heirs of the property of the late Suresh Lakhian and Narian Choithram Shahdadpuri.

"Mr Choithram has not appeared in court as he has been instructed by doctors at the Aga Khan Hospital to stay away for 14 days to recover from Corona's disease," the judge was informed by the businessman's lawyer.

The court was asked to name a case against Mr Choithram within 14 days to enable him to recover.

"I will hand over to the clerk the court a copy of this report from the Aga Khan Hospital about Mr Choithram," Mr Andayi was told.

Mr Apiemi faces seven charges while the owner is facing 13 counts of embezzlement.

Prosecutor Angela Fuchaka did not oppose the request for a trial against Mr Choithram to be set aside for another day "because he is suffering from Corona disease."

Ms Fuchaka told the court that the shares benefited Choithram.

Morara and Choithram allegedly filed a registration certificate for the company's shares on June 18 2018 claiming the deed of transfer ownership had been signed by the late Suresh Lakhian and Narian Choithram Shahdadpuri.

Morara was accused of submitting certificates of change of ownership of the company to the registrar's office of the attorney general's office claiming that they were genuine.

The case is being re-assigned to another court, and two weeks later the case will be dropped.

"Do Not Return Your Vaccines, Reserve Them For A Second Dose" Olekina Advises Governors

"Kimeumana", Senator Cleophas Malala Sends A Stern Warning To Oparanya Over This

ODM, UDA Sends This Stern Warning to Jubilee as The Following Worrying Details Emerge In Bonchari