A dramatic scene was today witnessed in Machakos lands office after a woman allegedly striped naked in protest over her late husband's land.

In a news report that has been shared by a reliable source of information, it has been revealed that the woman who has been identified as 88 year old Regina Wambua claimed that the office was taking too long to deal with her land tussle.

According to the reports given by the police, it has been revealed that the woman has been having trouble with one of her late husband's family member who she claimed wanted to Snatch her land.

With this in mind, the woman who had presented her case claimed that it is so unfortunate that her case is yet to be attended to.

While reacting to this incident, kenyans who took to their different social media accounts to express their opinions on the matter have called upon President William Ruto to deal with the increasing cases of land rows in different parts of the country by Issuing title Deeds.

According to the reports given by most Kenyans, they claimed that it is so unfortunate that the government is yet to do this despite the fact that Alot of people are currently dying or being killed because of land. 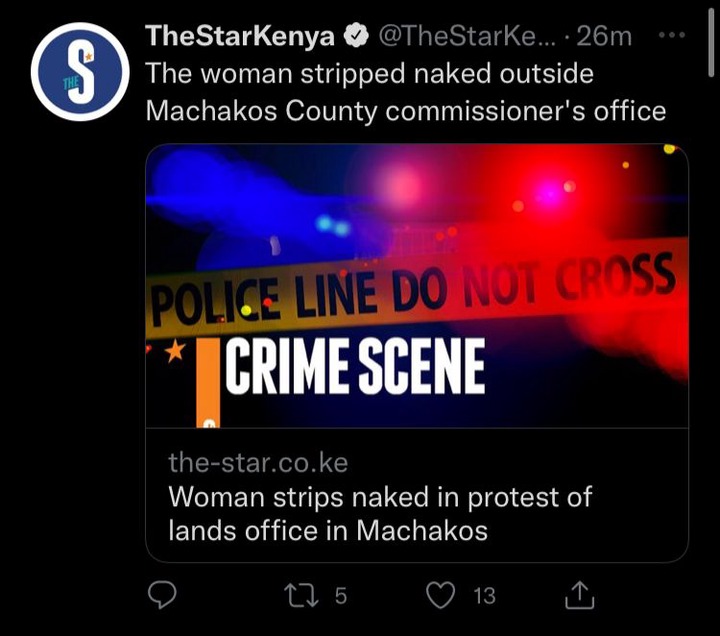