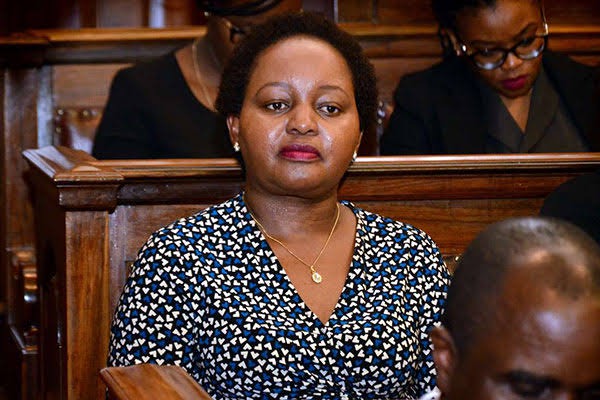 It has emerged that Kirinyaga county governor Anne Mumbi Waiguru will be headed to court over the crucial multibillion National Youth Service scandal.

According to fresh details, the outspoken governor will appear in court as a very crucial witness where she will testify against former Principal Secretary Peter Mangiti as well as ex-Director General Nelson Githinji and 22 others 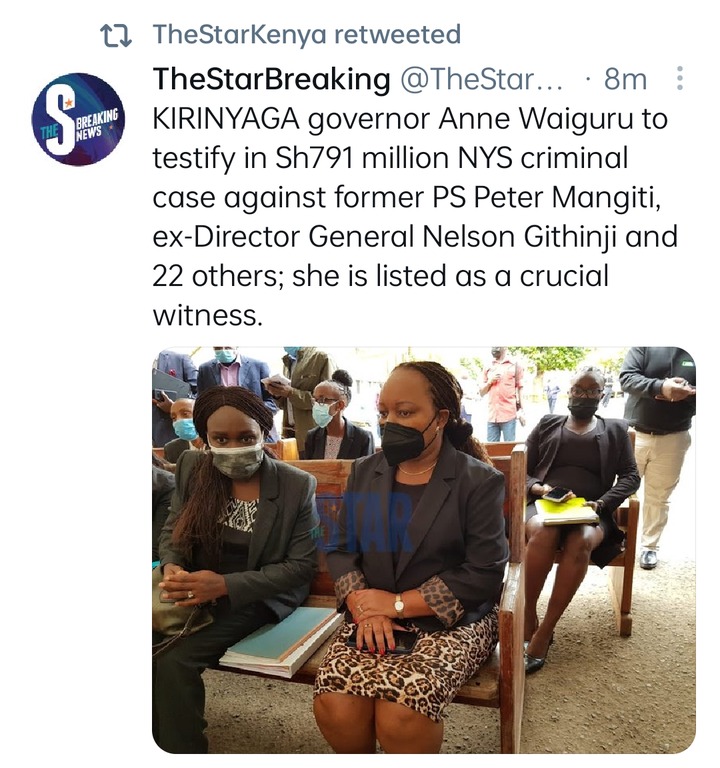 The Office of the Director of Public Prosecution said Waiguru was set to testify Wednesday, dealing a blow to Mangiti and Githinji who are facing multiple corruption-related charges.

The governor appeared before Milimani Chief Magistrate Francis Andayi and shed light on how millions of shillings were lost during her tenure as Devolution Cabinet secretary.

In 2015, EACC cleared Waiguru noted that, "The commission has conducted investigations on various allegations touching on the National Youth Service and the Ministry of Devolution and National Planning. So far, our investigations have not established any evidence to warrant an adverse recommendation against the former Cabinet Secretary, Ms Anne Mumbi Waiguru."

Expect Long Blackout If You Live In Following Areas