By Kablathago (self meida writer) | 8 days 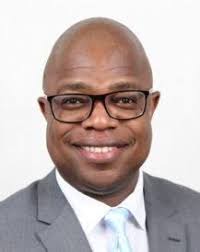 Julius Wako is a renowned legal Barrister focused mainly in matters banking and finance related laws. He is also son to Senator Amos Wako as well sibling to Deborah Wako. He was born from Amos Wako first marriage to Flora Ngaira who he divorced though to marry current deputy chief justice of the supreme court of Kenya Philomena Mwilu.

Julius Wako unlike his father is himself not a politician and seemingly has no interest in politics whatsoever. He has focused more on his profession in the legal world and not politics at all just like his sister Deborah Wako.

Most people however came to know of Julius Wako for fraud allegations which led to him being banned from travelling to the United States together with some of his family members including his mother and father. However it's clear in Kenya nobody has charged him with any case related to fraud to date.

Julius Wako is very humble according to those who have interacted with him. He respects everybody irrespective of their social status or class in the society. It's something that has seen him get to the highest level. of being a legal barrister who is recognized and respected across the globe.