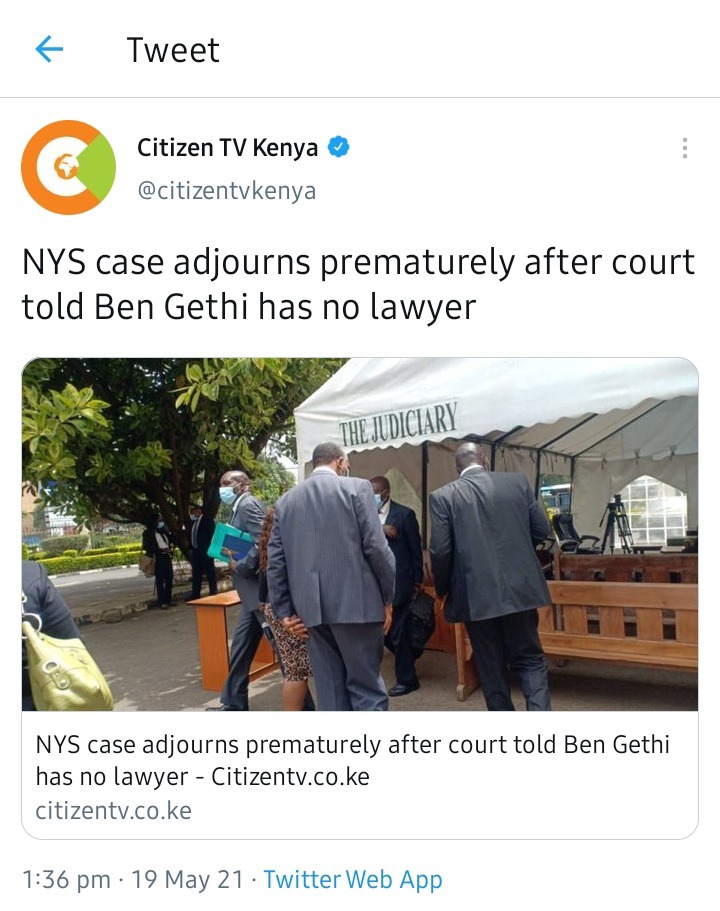 The trial court hearing the Ksh. 791million National Youth Service (NYS) scandal was forced to postpone its sitting on Wednesday after it emerged that the two suspects have no lawyers to defend them in court.

The court was informed that attorneys representing Ben Gethi died and is yet to be buried in due course.

“Because of the sudden death of the lawyer and for lack of defence the hearing is scheduled for another date,” the court ruled. 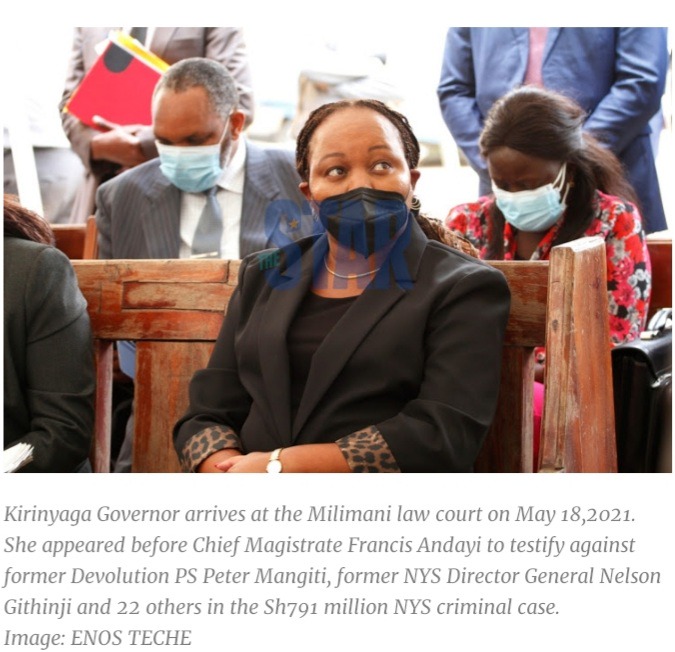 Further, Chief Magistrate Francis Andayi declined a bid to stop the media from airing Kirinyaga Governor Anne Waiguru’s sentiments as a witness in the case.

The Office of the Director of Public Prosecutions through Jalson Makori declined to have the press stopped from covering the hearings citing fear of miscoverage.

The defence however refuted the accounts adding that the application has never been lodged in court.

They added that the reasons given by state attorney to have the media stopped is awkward. 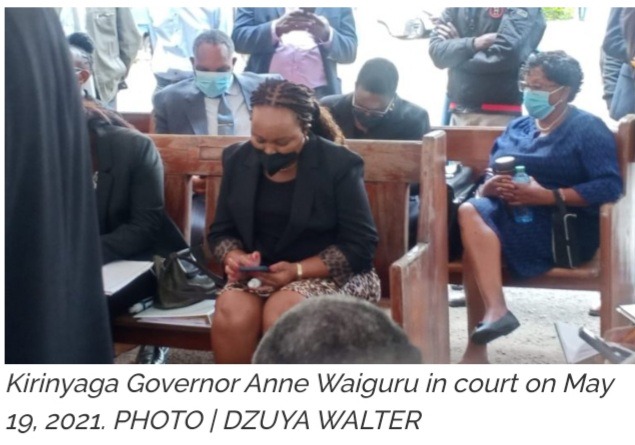 “We are not aware whether Makori is interested in defending the integrity of the proceedings or the witness,” court heard

Three kenyan witnesses and five probing police officers are yet to table their sentiments.

On August date 5 and 6, Governor Waiguru will be expected to produce his testimomies against former Permanent secretary Peter Mangiti the ex-Director General Nelson Githinji and 22 others.