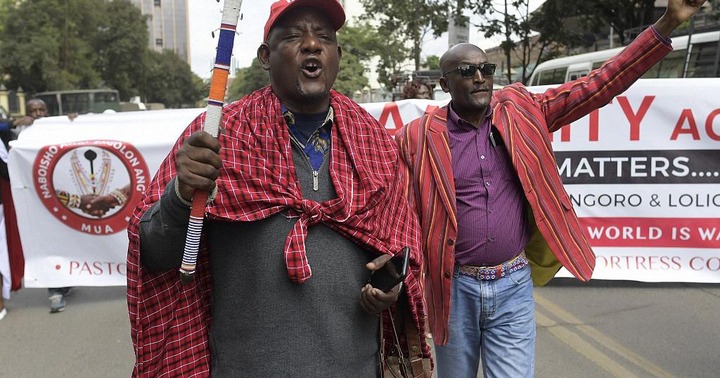 Many Maasai protesters were taken to court in Tanzanian and charged with murder, over the death of a policeman. The policeman was killed during a violent demonstration over a planned conservation area. The protesters have accused the government of trying to force them off their land in favour of their expeditions. 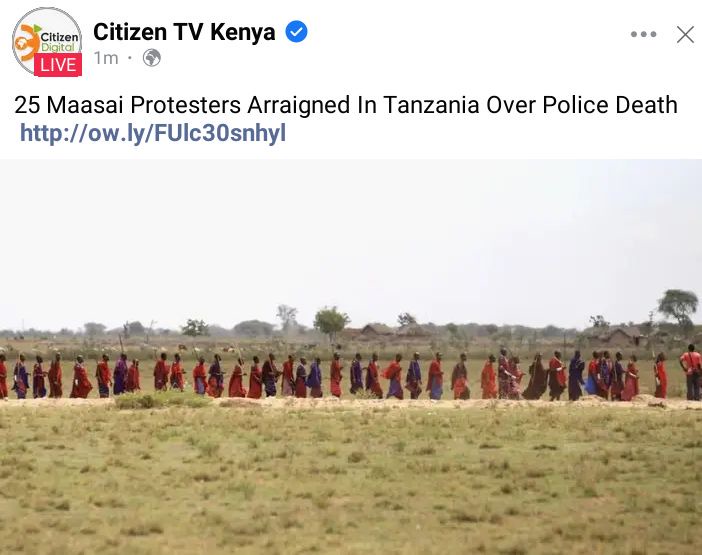 According to Citizen News,the number of Maasai who were arraigned in Court today increase to 25 from 20, the suspects alleged to have kill police and other government officers who were marking protected area in the district of Ngorongoro were arraigned in the court. The demonstration started on June 10 in Loliondo in the district of Ngorongoro, when Maasai pastoralists go against a government push to reserve 1,500 square kilometres (580 square miles) of land to create a wildlife reserve area in the district. During the protest a policeman was killed, and several protesters were injured, the case will be heard on 14 July after investigation is completed. Tanzania's government and the court has worn Kenyan Maasai from entering their border with their livestock, citing that they also support Tanzania Maasai in the protest.