By GlobalTV (self media writer) | 8 months ago 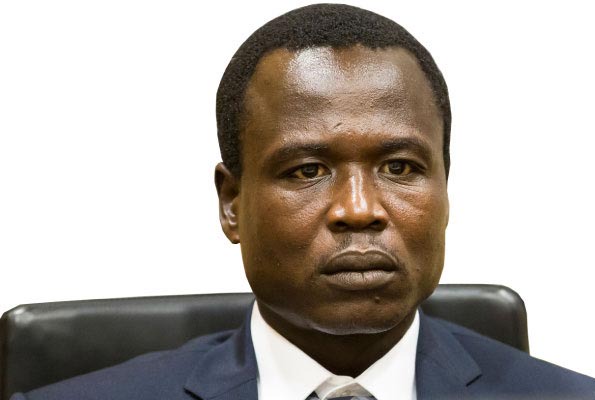 Forty-five-year-old Ongwen was found guilty by the International Criminal Court for 61 offenses including murder of innocent civilians in Northern Uganda.

The Prosecution wanted him to serve a 20-year prison sentence as he was abducted at a young age by the Lord's Resistance Army under Joseph Kony so he was facing a maximum of up to 30 years in prison.

The defense team on the other hand wanted him to be sentenced to ten years while the victims wanted a life sentence.

According to his family, Ogwen was born in 1985 and was abducted at the age of 9 in 1990 on his way to school. He received military training from the LRA and later became commander.

He is said to have been one of the most brutal members of LRA who killed and tortured people. The group is best known for cutting off the mouths and noses of their captives.

However, the court has given Mr Ongwen credit of 6 years in which he has spent in custody after being arrested in 2015. The six years will now be deducted from the 25 years he has been sentence meaning he will spend 19 years in prison.

You can listen to the full sentencing via this link https://www.facebook.com/InternationalCriminalCourt/videos/462544601698539/?app=fbl