By Carenjeptoo (self media writer) | 4 months ago 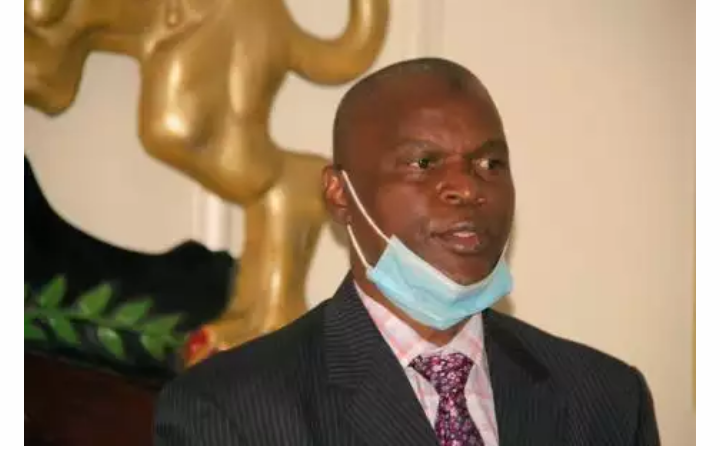 The three-hour ordeal began when Justice Chitembwe had finished working on files and was strolling to the lounge for lunch.

Chitembwe was accompanied by his relative and acquaintance who had paid him a visit.

The trio strolled out and decided to accompany Justice Chitembwe who was first passing by Justice Aggrey Muchelule's office.

Chitembwe narrated that as he rose to leave Justice Muchelule's office, he was accosted by a group of police who had pushed back a lady who had exited the said office before them. Before he could utter a word, the officers had begun rummaging the office.

“She left us in the office, catching up ahead of the lunch. I rose to leave so that he can join me at the Lounge, but as soon as I stepped outside, I found the lady who had just left us, being pushed back," Chitembwe told the Standard .

He added, “The people who were pushing her introduced themselves as police officers. We were pushed back to the office, and before we knew what was happening, they were all over, searching.”

Judge Muchelule was forced to step out as his chamber was turned upside down. After the officers from the DCI were done rummaging through Muchelule's office they proceeded to Chitembwe's office and promptly ransacked it.

Chitembwe stated that it was only after searching the two chambers and finding nothing, that the officers involved produced a search warrant.

He went on to clarify that they only found a few dollars from the lady acquaintance who was pushed back to Muchelule's chamber.

“In the end, they gave out a search certificate. And they found nothing. The lady acquaintance who was pushed back into Hon Muchelule’s chambers had some few dollars with her, but she had them with her.” Justice Chitembwe explained.

Chitembwe who was seeking to replace David Maraga as the Chief Justice, further said that the officers left them in the dark throughout the three-hour search despite taking an inventory.

“We were all in the dark. We recorded statements, but only on the events of the day because that is all they seemed interested in, and we left for our respective homes,” Chitembwe claimed.

After the search, Chitembwe detailed that they were taken to the DCI headquarters to record a statement without any knowledge of who the complainant was.

Justice Muchelule was taken by a different car and questioned before both of them were released.

“We recorded statements without knowing who is the complainant, what is the complaint all about, and left. They said in case they require us again they would let us know,” Chitembwe recalled.

Lawyer Danstan Omar confirming the ordeal stated that a search was conducted in connection to a tip-off that there was an exchange of money in the cases the two justices were handling.

"They were arrested by the battery of waiting for police officers. They drove back to the chambers of Justice Muchelule and were told that there has been an exchange of money and that money was within his (Muchelule's chambers).

"A search was conducted. Not even a coin was found within the chambers of Muchelule," lawyer Omar stated.