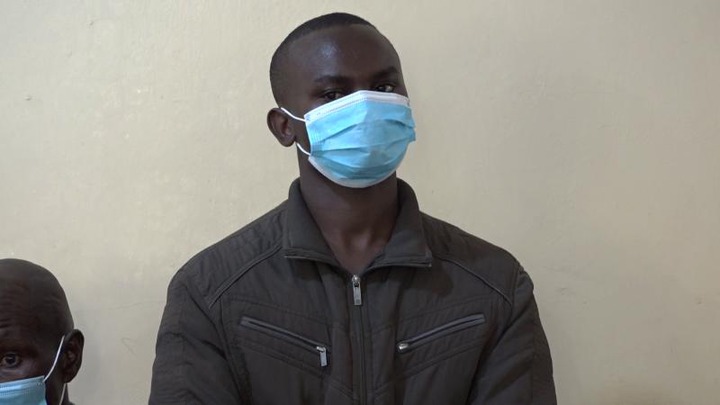 One of the three suspects in murder of Father Michael Maingi Kyengo in Makima, Embu county, agreed to the priest's death but blamed it on a forced sexual act.

Michael Muthini Mutunga, who is charged alongside Kavivya Mwangangi and Solomon Mutava Wambua, initially denied killing the priest in November 2019.

The three have been charged with murdering the Catholic priest on October 8 and 9, 2019 in the Makima area of Mbeere Sub-county.

When the case was remanded for further proceedings, the defendant informed the court that he desired to amend his plea.

Before sentencing the accused, Justice Lucy Njuguna convicted him and ordered a victim impact report. "The accused is convicted on his own plea of guilty".

The 26-year-old, via his attorney Guantai Kirimi, stated in his mitigation statements to the court that he committed the offense out of rage and grief.

Kirimi pleaded with the court to consider the accused's explanation for murdering the priest.

"In the book of John 8:32, the Bible says for he shall speak the truth and the truth shall set you free. The prosecution has eloquently set out the facts but failed to explain to the court why there is an ugly site to the church and the clergy that is rarely seen," Kirimi submitted.

Additionally, he asserted that the deceased began grooming the accused in 2017 when he began paying his school fees and began addressing him as dear and sweetie.

Additionally, the accused contended that the deceased sodomized him twice, infected him with a sexually transmitted disease, and threatened to kill him when he threatened to disclose his sexual orientation to the church, which would have reflected poorly on him and harmed his work as a priest."

We pray for mercy from this court, and also ask the court to use discretion, sentence the 1st accused to a non-punitive punishment.

Indeed he has wronged, has accepted that he wronged, took the law into his own hands and I urge the court to give the accused a chance to reform his life which has been altered and not ruined yet," Kirimi submitted.

The prosecutor argued that because the defendant had no prior criminal record, he should be treated as a first offender.

On October 5, the 43-year-old priest vanished from his parent's Tala home in Matungulu, Machakos County, only to be discovered on October 16 in a small grave in the bank of a seasonal river in Embu's Mbeere South sub-county.

Content created and supplied by: quincy123 (via Opera News )

Caleb Kositany Sends Kalonzo A Coded Message, Advices Him What To Do In Azimio To Be Respected

Big Win For 52-year-old Man Who Demanded Dowry Refund As He Gets Back His 3 Cows, Goat from in-laws

Ruto's Running Mate Gachagua Finally Speaks on Allegations He is Corrupt, Reveals How He Made Money