By Thetrend (self media writer) | 2 months ago

A woman by the name Rahab Wanjiru was arraigned in court for drugging and stealing from a man she met at a club in Nairobi. According to reports, the victim Mr Kimiri met the lady at a club where he had gone to have meals and drinks. He spotted Wanjiru seated at a nearby table and he invited her to join him.

The man ordered some meals and drinks for Wanjiru and they continued to have fun as they enjoyed the drinks. After they finished their meals and drinks they went to look for accommodation outside the restaurant and ended up in a lodging along river road.

When the two went to sleep, the lady is said to have drugged the man who went unconscious and Rahab Njeri took his phone and cash leaving the man in the lodging at unconscious state. According to reports from the court, the lady told Mr Kimiri that she needed more beer and he went to get one from the restaurant. 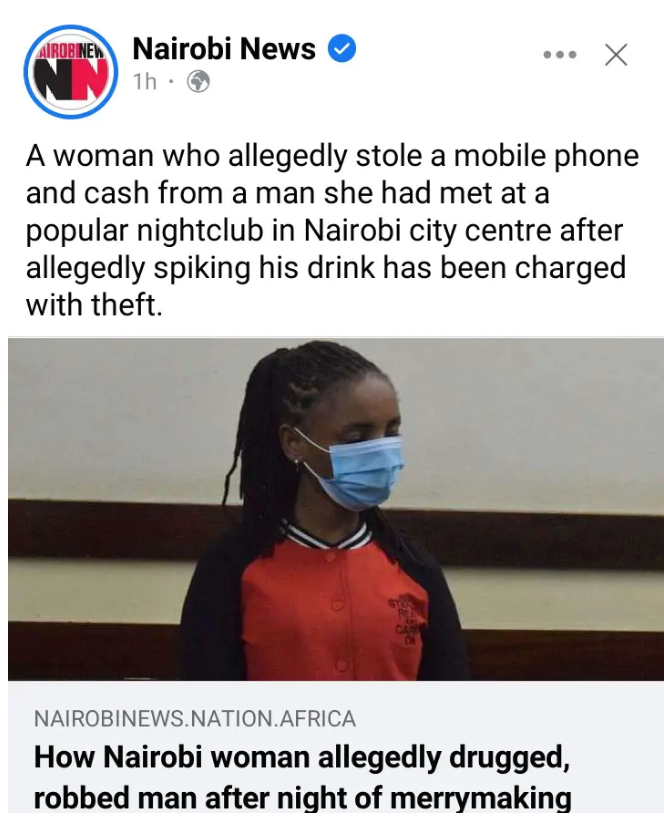 Mr Kimiri went to the bathroom and when he returned the lady had served the beer in two glasses and after drinking Mr Kimiri went unconscious. He was found by the lodging attendant at around 3pm the next day with his phone and cash missing. He reported the matter to kamukunji police station. 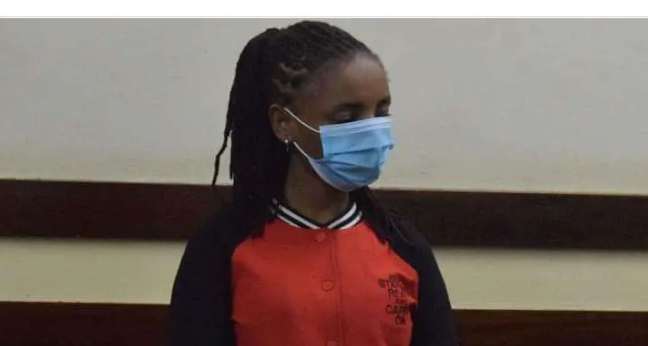 The accused was arrested and taken to court. She denied the charges before senior Mary Njagi and was released principal magistrate on a cash bail of sh 30,000. The case will be mentioned again on 30th, January 2023