By CMMNews (self media writer) | 3 months ago

After the ruling of the high court and throwing out the BBI, efforts to revive it has been underway. The secretariat has vowed to move to Supreme Court alongside the office of the Attorney General to contest the decision by the court of Appeal. 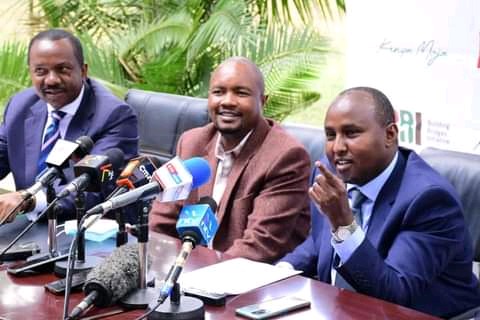 According to Dennis Waweru, who co-chairs the secretariat alongside Junet Mohamed, the judges in the high court and their counterparts from appellate court did not exhaustively deal with the respective cases brought to them. 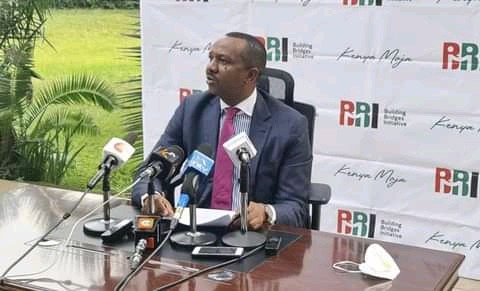 "We believe that the two lower courts failed to deal with the delicate matters before them. We believe the Supreme has the capacity to address the issues," said Waweru. "The following affirmation from the Court of Appeaal will form part of the appeal. The prresident has powers to establish an ad hoc committee to lead the constitution amendment process," he stated.

The former Dagoreti South MP said those against the constitution amendment process were aware of the goodies, but due to their self-service they purported to have issues with its timing.

"Some of those calling for an end have done so in the belief that we can visit these issues another day and possibly after the general election. But there are also self-serving calls, instigated by anti-BBI crusaders," he said. 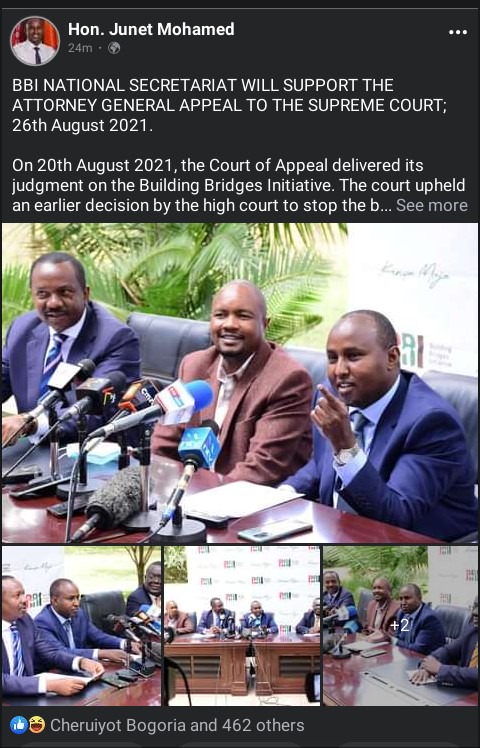 Content created and supplied by: CMMNews (via Opera News )