Take It To The Nearest M-Pesa Agent; Ojienda Reveals BBI Appeal Section That Will Definitely Win 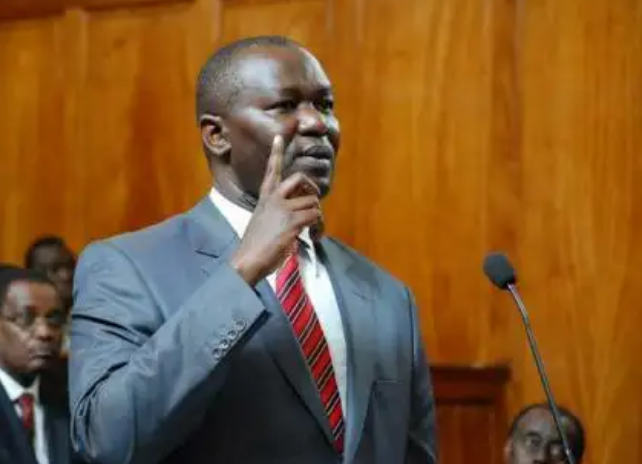 As the Building Bridges Initiative appeal hearing currently before the Supreme Court comes to a close today, one of the country’s top lawyers is calling it even before the case is concluded.

Ojienda was speaking while appearing on Citizen TV’s morning show Daybreak which was hosted by Trevor Ombija. Alongside Ojienda on the show was another lawyer Danstan Omari.

Ojienda asserted that the part of the appeal which seeks to reverse the ruling which declared that IEBC wasn’t properly constituted will definitely be successful.

He said this is because if the apex court were to uphold the previous ruling then it would throw the country into disarray as far as the electoral timetable is involved. It would mean that all the by-elections that have been conducted since the walkout of the IEBC commissioners are null and void.

He went on to say that unlike the lower courts, the Supreme Court considers the impact of its ruling on the country, and because of this, it is highly unlikely that it would deliver a disruptive ruling.

As pertaining to the section concerning the IEBC which Ojienda singled out, he asserted that it would be successful and dared anyone listening to take it to the bank, and if they so wished, to the nearest Mpesa agent.

The Court of Appeal in August upheld the High Court ruling that BBI is null and void and its processes were unconstitutional.

Through Solicitor General Kennedy Ogeto, the AG faulted the Court of Appeal for declaring the BBI process unconstitutional.

Ogeto told the seven judges, led by Chief Justice Martha Koome, that their singular desire is that the court determines and settles the constitutional questions in their appeal.

“Not just for today but also and perhaps more importantly for posterity,” he said.