By Simplylenah_ (self meida writer) | 22 days 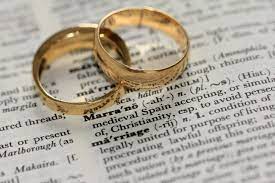 With time, people hold the belief that once a couple has lived together for an extended period of time, they are automatically considered to be under a marriage under common law. The traditional Kenyan society still believes that that a couple does not need to get into the rigorous formalities of marriage. When they stay together for a long period of time, they will be ‘deemed’ to be married under the law.

Common law is referred to as the law that is developed through the interpretation of statutes and judicial decisions as was passed down to Kenya from the English courts. Kenyan law is heavily borrowed from English law.

The court stated as follows and I quote:

“The presumption does not depend on the law or a system of marriage. The presumption is just an assumption based on a very long cohabitation and repute that the parties are husband and wife.”

In the year 2014, there was the case of Joseph Gitau Githongo versus Victoria Mwihaki (2014) eKLR whereby the court stated as follows and I quote:

“It (presumption of marriage) is a concept born from an appreciation of the needs of the realities of life when a man and woman cohabit for a long period without solemnizing that union by going through a recognized form of marriage, then a presumption of marriage arises. If the woman is left stranded either by cast away by the “husband”, or otherwise he dies, occurrence which do happen, the law subject to the requisite proof, bestows the status of “wife” upon the woman to enable her to qualify for maintenance or a share in the estate of her deceased “husband”

There are several other decided Kenyan law cases that speak on the same issue. The common principle that makes them similar is that a presumption of marriage is often a question of evidence and fact which a person ought to establish.

It is important to note that under the law, a presumption of marriage doesn't necessarily create a marriage. The Marriage Act Number 4 of 2014 only recognizes 4 types of marriages which are:-

Section 3  of the Marriage Act of 2014 states that and I quote “Marriage is the voluntary union of a man and a woman whether in a monogamous or polygamous union and registered in accordance with this Act.”

Any other kind of relationship that isn't registered as a marriage under the Act automatically doesn't become a marriage.

However, section 2 of the Marriage Act of 2014 defines “cohabitation” as “…to live in an arrangement in which an unmarried couple lives together in a long term relationship that resembles a marriage.”

This explains why the presumption of marriage does not automatically create a marriage. It only presumes it.

Generally, “presumption” usually occurs when a court adopts a particular treatment for the main purpose of determining a particular question connected to the presumption without contrary evidence.

A presumption of marriage is used by the court of law to answer a different kind of question that is presented to it.

For example, in marriage and succession law, when a woman is disinherited by her in-laws, she will move to court to determine whether or not she is entitled to inheritance. In coming up with a determination, the court may use the doctrine of the presumption of marriage however only when not to prove that she was married to her late husband, but to determine the question of if she is rightful for inheritance. In this case, presumption will be limited only to the question of inheritance.

“President Uhuru Should Not Be Disturbed” Senior Political Analyst Explains Why