Despite allegations that it had invited all of its followers to gather in Nairobi's central business district on Monday for peaceful protests in advance of an expected Supreme Court ruling, Deputy President William Ruto's United Democratic Alliance Party has broken its silence. 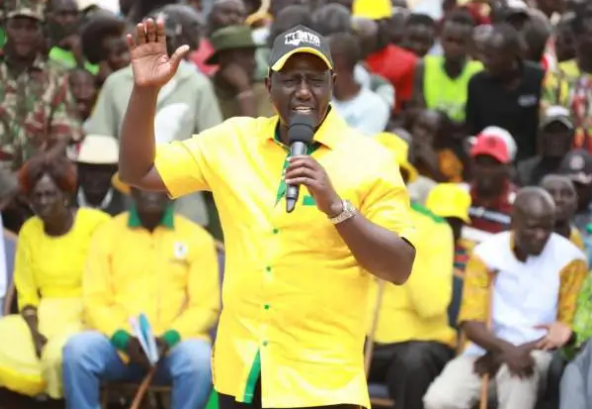 According to Kenyans.co.ke, UDA Secretary General Hon. Veronica Maina told the media on Sunday that Kenyans should stop consuming fake news that their opponents were spreading to mislead them in advance of Monday's ruling.

Additionally, the Ruto-led party insisted that it would respect the ruling's decision whether it was in his favor or not.

Before the Supreme Court's decision on the presidential election petition challenging William Ruto's victory as the President-elect on August 9, the fake notice issued a call to arms to all supporters of the party led by president-elect William Ruto to take to the streets for peaceful protests on Monday, September 5. 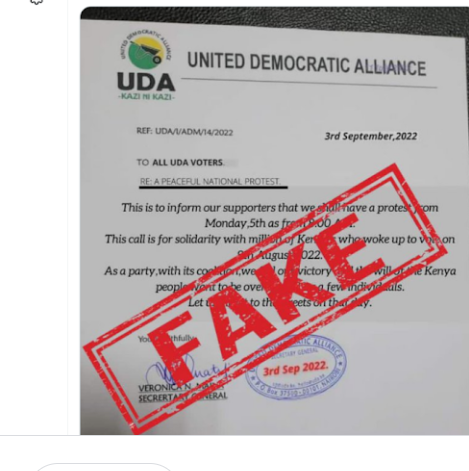 "This is to let our supporters know that a protest will start at 8 a.m. As a party, we believe that a small number of people intend to undo our win and the desire of the Kenyan people "Read the fictitious note.

His deputy Rigathi Gachagua contributed to the protest and had this to say: " The dynasties shouldn't plan any protests for our children.If they want to protest they go with their wives and grandchildren and if they want call Uhuru for help" 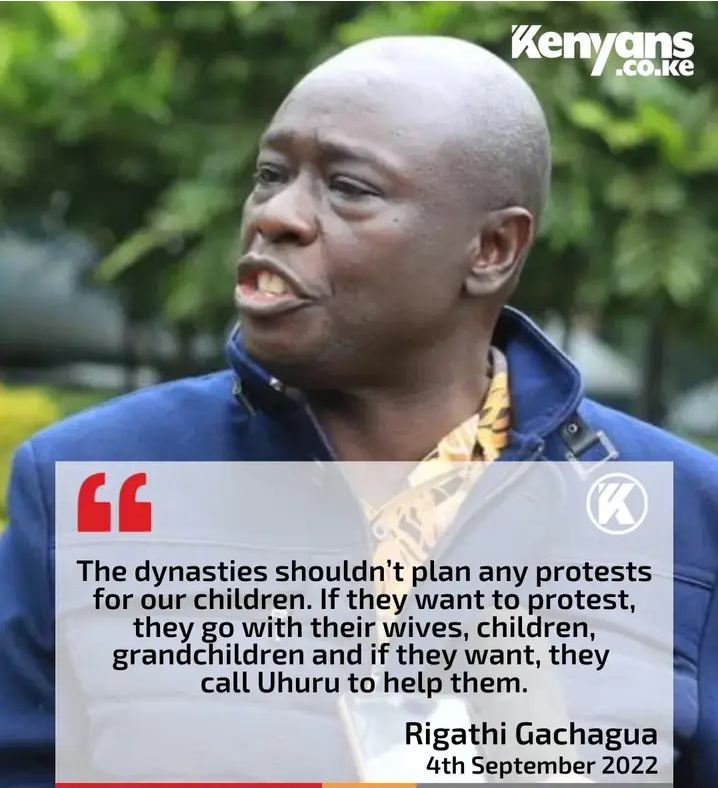 Don't forget to share with us your thoughts on this topic we would love to hear from you too.