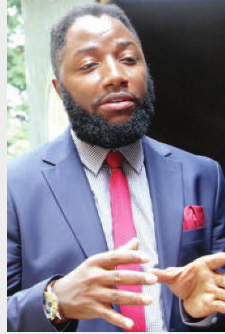 The hearing of BBI appeal today at the supreme Court of Kenya is scheduled to go on as planned with all sides ready to battle it out for a favourable rulling.

The handshake side led by president Uhuru kenyatta and ODM leader Raila Odinga suffered defeats in two previous rulings at the high court and court of appeal.

As the case gets underway on Tuesday, all eyes will be on one young lawyer by the name Morara Omoke who is keen on giving BBI reggae a final blow.

Omoke was one of the five original pettitioners challenging the BBI bill at the high court.

According to people daily, the 32 year old acquired his first law degree from the University of Nairobi where he was a top student im 2014 class.

Immediately he enrolled for a masters degree at the same university before acquiring another masters from the University of Harvard.

He now runs his own law firm 'Morara Omoke advocates'.

Morara told the media that most of the issues he raised aggainst the BBI before the high court and court of appeal were upheld by the judges.

"There are things that have already been cemented as we speak. For example you cannot have a referendum before having voter registration countrywide.

That has already been settled before the high court and court of appeal and is not subject of appeal before the supreme Court", he said.

A part from BBI, the lawyer said he loves complex Cases and majors in all that require serious input.

Omoke comes from a family of six whereby his parents are teachers and farmers whom he credits so much for working hard in bringing them up.

Do you think BBI will be saved by the supreme Court? Feel free to share your thoughts and comments on this on our comments platform 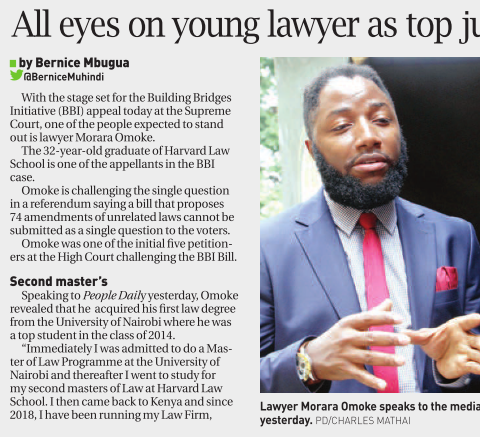 Advice for students as they prepare for half term on Thursday