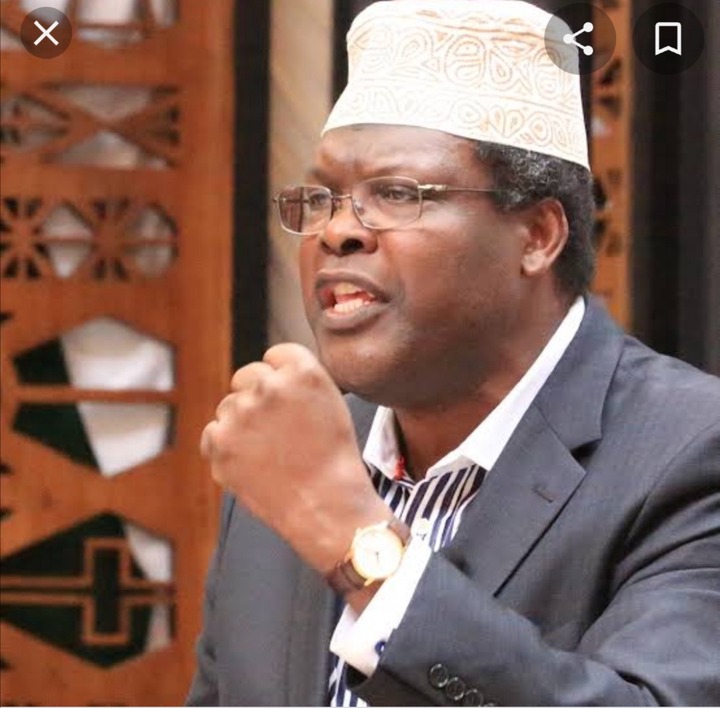 It happened that hours later after the government of Kenya through Solicitor general Kennedy Ogeto directed and ordered Kenyan embassies at Ottawa and Berlin to issue the exiled Lawyer Miguna Miguna with travel documents upon filling the requisite forms, But the out spoken Lawyer went on his social media through his official Twitter page to criticize and turn off their directives which to them was a positive Favour done to him "Miguna".

But instead Miguna was very sad with the order saying it's against the actual "Court Order" given by High Court Judge Hedwig Ong'undi on 22nd November 2021 to allow him back in the country using his Identity Card and be issued with his passport within seven days of his arrival.

In his statement "What the convicted crimals Fred Matiangi, Karanja Kibicho, and Ken Ogeto want me to do is fill forms to regain citizenship which I NEVER LOST. Those shouting fill forms are ether genuinely ignorant, or maliciously driven. Court orders must be OBEYED. PERIOD!!. The post read in part. 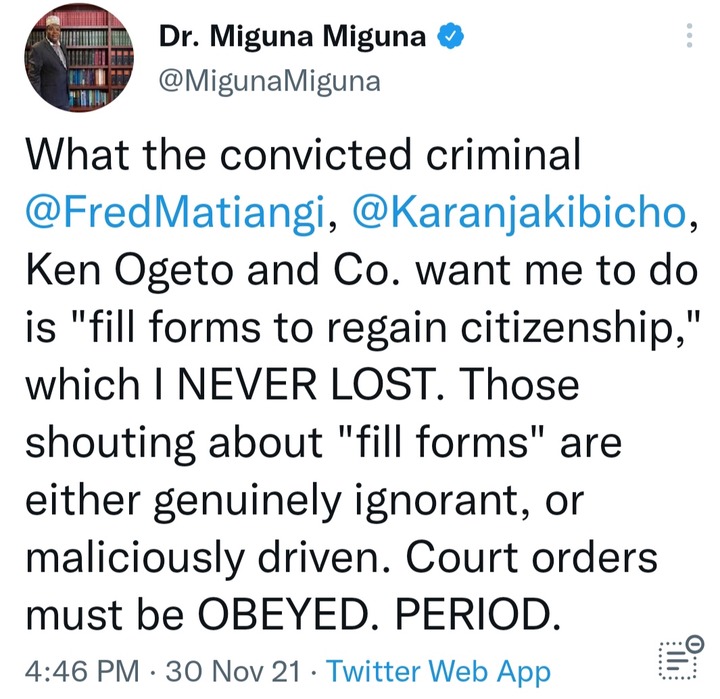 Miguna went further to decline to fill the said forms and until now he has stand with one voice of the Court Order to Prevail.

What your take on this issue of Miguna and Government? Who is right, Miguna or the Government?