A Familly In Pain After Man Is Beaten To Death

By New-sanalysis-kenya (self media writer) | 13 days ago

- One family in Turkana county is calling for Justice after one of their own was reportedly beaten to death.

- The man was killed after the car he was allegedly driving caused an accident that nocked a child, causing bihdy injuries in the process.

One family from Sudan is out crying for Justice after one of their family members was reportedly killed by mob justice on their way from Kenya - at Kalobeye in Turkana county. 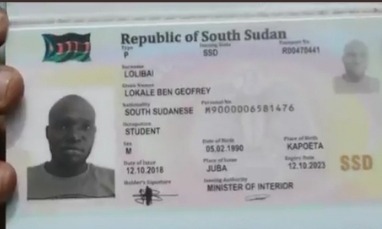 According to the source, the man was allegedly killed by the crowd after the car he was driving caused an accident that nocked a child, causing body injuries in the process.

One of the family member says they were coming from a peace meeting in Natabai region, between Kenya-Sudan boarder and when they reached Kalobeye their car nocked a kid and causing injuries in the process.

An angry mob as a result showered the Sudanese man, identified as Lokale Ben Geoffrey, who was driving the car with blows, Kicks and weapons of different kind killing him instantly.

The body of the deceased has reportedly been transported to Southern Sudan.

The injured child is in hospital, receiving treatment.

Content created and supplied by: New-sanalysis-kenya (via Opera News )