By NewsBring (self media writer) | 6 months ago 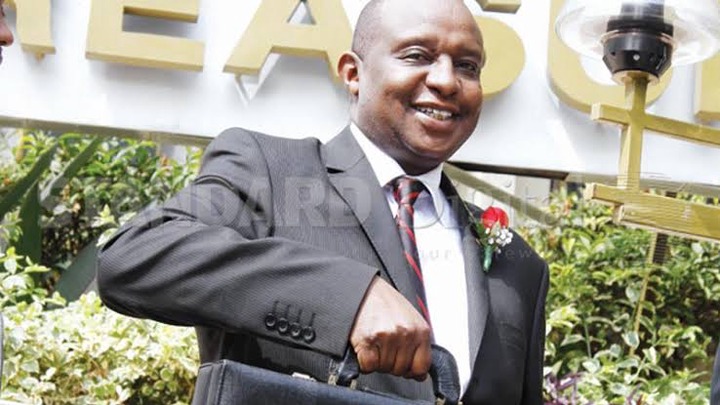 Former Treasury Cabinet Secretary Henry Rotich was awarded a significant victory in the Arror and Kimwarer dams case on Thursday, July 15. This followed the dismissal of two charges against him by a magistrate court.

Magistrate Douglas Ogoti, the presiding judge, stated that the prosecution failed to show how the charges were related to Rotich.

The judge argued that the charges filed against Rotich lacked specificity in terms of the facts demonstrating what was wrong under the ACECA (Anti-Corruption and Economic Crimes Act) and the Public Finance Management Act (PFMA).

Rotich was initially charged with 20, which means he now faces 18 additional charges related to tender fraud involving the Arror and Kimwarer dams.

Rotich was fired as Treasury Secretary in 2016 after becoming embroiled in the dams scandal, which involved the alleged mismanagement of funds in two dam projects overseen by the Italian construction firm CMC Di Ravenna, whose directors have been charged in absentia.

“The two charges complained of a lack of specificity as to the facts demonstrating what was offended under the ACECA (Anti-Corruption and Economic Crimes Act) and the Public Finance Management Act, and the same was rejected,” Magistrate Ogoti ruled.

This significant victory for Rotich came just months after Director of Public Prosecutions Noordin Haji decided to re-charge him.

Some of the accused, including former Treasury Principal Secretary Kamau Thugge, turned to state witnesses who were scheduled to testify against Rotich as a result of the move.

I Will Not Betray My Boss, Natembeya Finally Reveals His Preferable Presidential Candidate