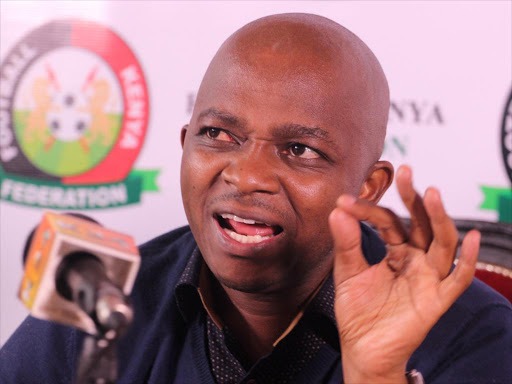 Former Football Kenya Federation president Nick Mwendwa has been re-arrested, just a day after the court set him free.

Mwendwa was yesterday set free by a Nairobi court after the court dismissed a corruption case against him.

Mwendwa was on trial on a charge of conspiracy to defraud the federation of Sh38 million but the trial failed to start after witnesses failed to show up.

The prosecution on Wednesday told Milimani Anti-Corruption Court magistrate Eunice Nyutu that it needed more time to review the evidence.

This was not the first time the prosecution was asking the court for more time to prepare their evidence, which made the judge decline their request for more time.

After the court declined to offer the prosecutor more time, the protector filed a withdrawal of the case under Section 87A of the Criminal Procedure Act.

Mwenda has today been arrested after the prosecutor received fresh evidence in the case. 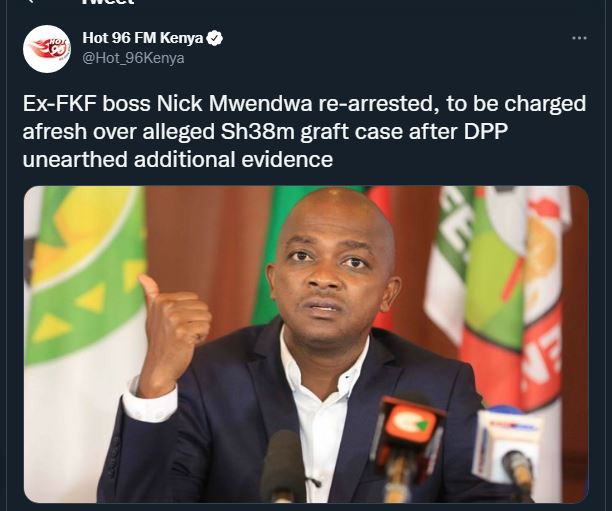 Just In :UDA Politician Arrested In A Polling Station During a Voting Exercise, Reason Revealed

What Governor Jackson Mandago Said About IEBC After Voting