By Jerkipsingo (self media writer) | 1 year ago 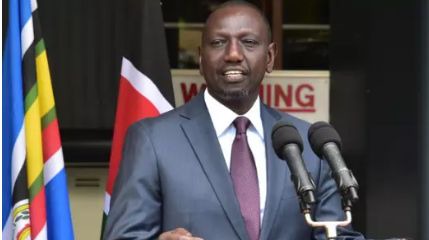 Deputy President William Ruto has suffered huge blow in efforts to save his Weston Hotel from demolition and stopping the court battle instituted against the hotel over contested land.This was is after one of his close allies Murang’a senator Irungu Kang’ata on Monday 12 , July opposed the plan. Lawyer Kang’ata who was representing the National Lands Commission strongly opposed the plan which is being hatched by DP Ruto’s hotel to stop the case proceedings before the Environment and Lands Court .

During his submission in the Murang’a senator urged that Weston will have to allow the whole proceedings to a conclusion without any form of interference. The senator stated that DP Ruto stands a chance to appeal the case once a ruling has been made in the Environment and Lands Court. 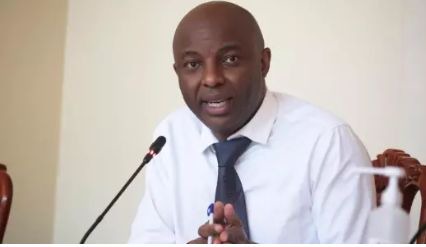 “We are of the view that the petitioner has an opportunity to ventilate his issues once the case is determined and your honor, should the intended be determined, we will be taken back there having taken the time here,” Kang’ata told the court.

On his side, DP Ruto through his lawyer Ahmednassir Abdullahi opposed the decision taken by NLC by urging that the Environment and lands Court has no legal mandate to hear the case. He said Kang’ata was clueless in his submission yet he had to also appeal opposing the proceedings of the case.

“It shows how clueless it is. If NLC was serious about its functions, it would have appealed the decision you made. The NLC is oblivious to that and it is a tragedy to this country,” Ahmednassir responded to submissions presented by Kang’ata.

In the latest move by the National Lands Commission, it enjoined KCAA to push for the case to its conclusion while Weston Hotel planed to push it to next year. Ruto’s lawyer expressed his dissatisfaction in the case claiming that Weston does not stand a chance to win because an appeal should have first been filed to stop the Environment and Lands Court from hearing the case.

“If you do not stay these proceedings, you will literally take away the right to an appeal. The  record of Appeal was filed on July 9. It has not been given directions”, Ahmednassir said.

Ahmednassir while defending DP Ruto over the ownership of the land in which the hotel stands stated that his client (Ruto) bought the land from Priority Limited. He said that at the time, there was no link between KCAA and the land it now claims.

However, on the other hand, the KCAA has maintained that Weston Hotel is employing delaying tactics to drag the case and frustrate its bid to repossess the land .According to KCAA lawyer Stephen Ligunya, Weston was erecting hurdles to the case. 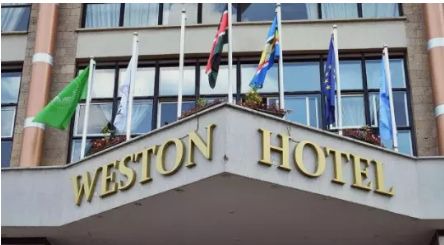 “We have opposed that application. We believe that the appeal is light-footed and will not Succeed,” he said.

The Weston Hotel saga is one of the controversies surrounding DP Ruto on matters on land ownership . Last year, the government reposed another land from the DP which was set aside for sewage system .

Content created and supplied by: Jerkipsingo (via Opera News )