By Kenyaneyeske (self media writer) | 2 months ago 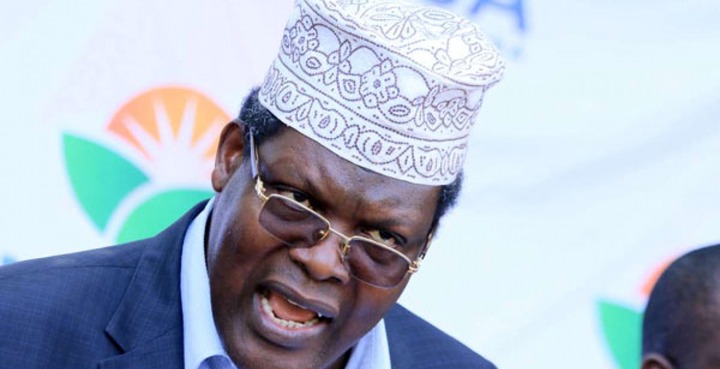 Miguna Miguna, a prominent attorney, has been quite critical of ODM leader Raila Odinga, most recently for his determination to call for statewide demonstrations.

Miguna has commented on the hypocrisy of Raila organizing rallies while his handshake partner, Uhuru Kenyatta, is in discussions to restore peace in the turbulent eastern DRC.

To which I replied, "The irony of all times," he said. During his role as facilitator of the EAC-led process, Uhuru attended the third inter-Congolese dialogue in Nairobi, and he tweeted his reflections on the event.

Raila declared on Sunday that he will begin leading nationwide rallies this coming Wednesday to reject the current effort to remove the four IEBC commissioners from their positions.

He stated that the protests would begin at Kamukunji Grounds in Nairobi and then spread to other major cities like Mombasa, Kisumu, Kakamega, and Nakuru.

Vice Chair Juliana Cherera, Commissioners Justus Nyang'aya, Francis Wanderi, and Irene Masit have all been targeted by petitions for removal that were heard by the Justice and Legal Affairs Committee on Thursday.

Respondents seek their removal on the grounds of abuse of office, severe misconduct, and/or violation of the Constitution.

Over the legitimacy of the presidential results that chairman Wafula Chebukati used to proclaim William Ruto president, they openly and publicly disagreed with him.

Raila has called the process of their dismissal "vicious and disgusting," claiming that Ruto wants them gone so he can appoint commissioners who will support his agenda ahead of the 2027 elections.

"Things aren't just done at the whims of the administration; there is due process and natural justice," Raila remarked last Friday.

He predicted a major backlash against Ruto if the removal process went on.

The United States, he declared, "will publicly and firmly lead that counterattack."

At the peace dialogue, Ruto asked Raila to keep the government in check with methods that wouldn't upset the stability of society.