Following the arrest of the six police officers who have since been arraigned in the Milimani law courts in Upper hill Nairobi, the Director of Public Prosecution Noordin Haji has now directed the Inspector General of Police Hillary Mutyambai to interdict two senior officers over the death of the two Kianjokoma brothers.

The six police officers who were directly involved have been identified as Corporal Consolota Njeri, Corporal Benson Mbuthia, Constable Lilian Cherono, Constable Martin Wanyama, Constable Nicholas Sang, and Constable James Mwaniki who was the driver and the will remain in custody without bail to avoid interfering with investigations. 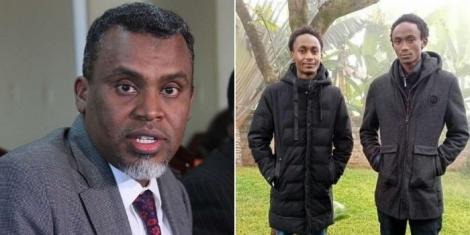 The Inspector General was ordered to suspend Embu North OCPD Emily Ngaruiya and former Manyatta OCS Abdullahi Yaya on Wednesday 18 with the two now set to be questioned regarding the murder of Benson Njiiru and Emmanuel Mutura who died at the hands of the police.

It is however uncertain if the two senior officers who were suspended will be arraigned in court and what role they played in the cruel execution of the two brothers whose mysterious deaths caused an uproar across the country.

It is now hoped that the two senior police bosses Emily Ngaruiya and Abdullahi Yaya could be the key to unraveling how the two brothers were killed.