Prof. Makau Mutua 'Slaps' Ahmednasir On The Face As Raila's Ally Spills The Beans Over His Remarks 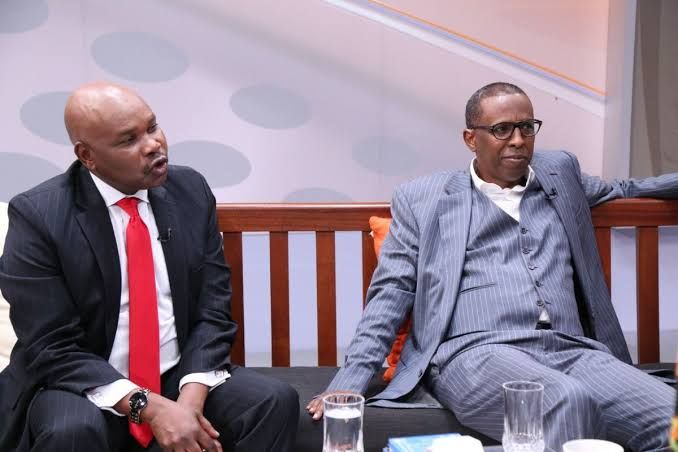 Lawyer Ahmednasir claimed that he thinks the two former Chief Justices that is Maraga and Mutunga have expressed the views of almost 99% of Kenyans. He added that everybody is disappointed that the President every time he gets an opportunity to observe the law he breaks it. He claimed that the two were right when they said he is a serial breaker of the law.

On his part professor Makau Mutua claimed that it is really a sad day in the country’s history when two of the most credible chief justices Kenya has ever produced call out the head of state for his violation of the constitution and disobedience of court orders. He added that if one looks at what Mr. Kenyatta has done over the last 10 years he is surprised that it has taken Kenyans this long to say that the man should resign or that he should be impeached.

Gabriel Oguda spilled the beans on what Makau Mutua told Ahmednasir. In his remarks he claimed that Makau Mutua has told Ahmednasir that he should stop shedding crocodile tears that Uhuru is breaking the law yet he was on the forefront of representing him in court when Kenyans had issues with Uhuru's integrity. He added that the guy should be given his second Covid-19 stipend. 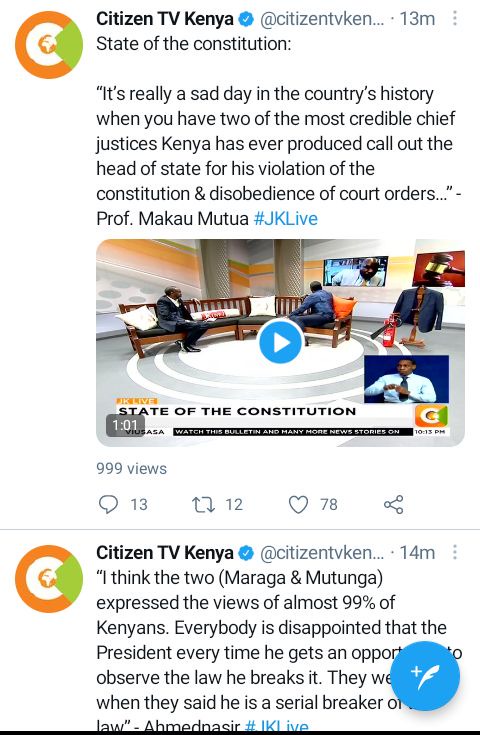 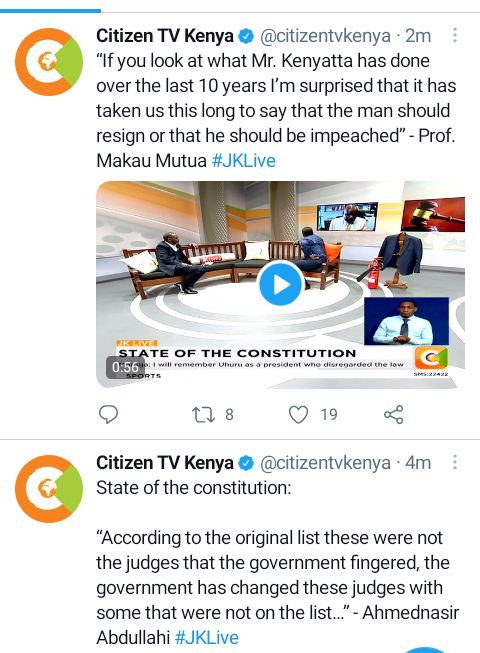