By Health.tips.com (self media writer) | 4 months ago 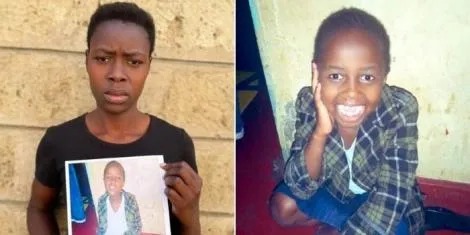 A family is demanding justice after their daughter, Jenniffer Mitchelle allegedly died on school premises and her body dumped at the Mama Lucy Hospital.

Events started unfolding on May 19, 2021, when Mitchelle answered a question wrong in class and a teacher allegedly beat her to death.

Mitchelle's mother, Hilda Achieng, waited for her daughter to leave school on the fateful day in vain.

“I waited for her to come back at 5 pm together with the other Grade 2 pupils but she did not. At around 5.30 pm, I asked her schoolmates but no one had seen her," Achieng stated.

Achieng unsuccessfully sought information from the school before decided to file a missing person's report at the Kayole Police Station and go back home.

At around 9 pm on the same day, a police officer contacted her and she was informed that her daughter had been found.

"He told me that there was a child who fit my daughter's description at the Mama Lucy Hospital but warned me against going alone," she stated.

Upon reaching the hospital, Achieng found that her daughter was long dead.

Following the incident, seven activists went to the school to protest the matter on Tuesday, July 27. They were, however, arrested and spent their night at the Soweto jail.

Achieng, who was among the protesters, demanded justice and stated that it was impossible for her to get past the death of her daughter.

"When I took her to school that morning, she was in good health and jovial," she stated.

“Never Hang Out Or Sleep With Your Bosses,” Akothe Warns Her Daughter In Her Latest Letter To Them