Godfrey Gitonga Main, the man behind the vehicle that knocked down the Daughter of the deputy inspector General has been fined with the sum of Ksh. 35,000 or serve jail term of 3 months. 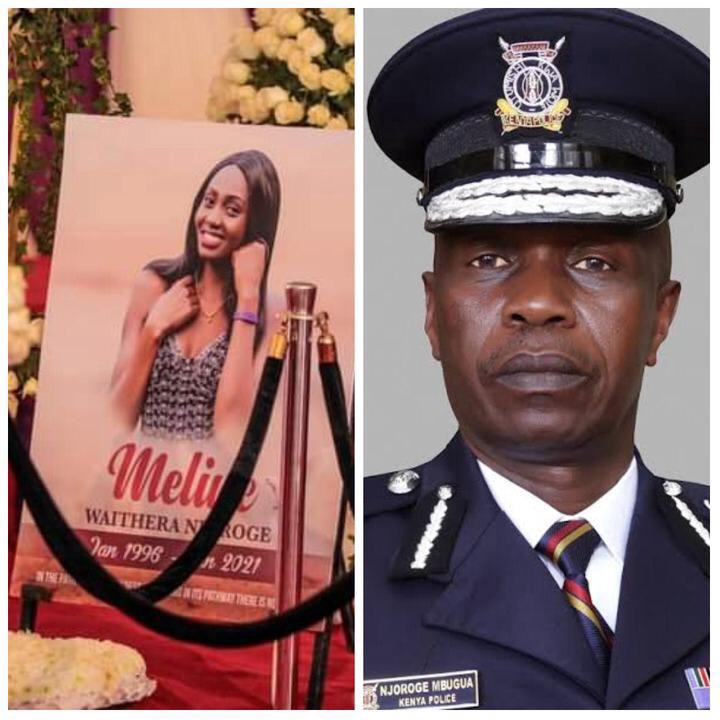 According to the reports given by a reliable source of information, it has been reported that the suspect was charged for allegedly operating a road unworthy vehicle which caused the accident.

In an incident which reportedly happened several weeks ago, the suspect is reported to have run over the Daughter of the deputy inspector general after which he fled from the crime scene.

He was later arrested hours after. Unluckily, the victim of the accident was pronounced dead hours after she was rushed to the hospital where she was admitted for several hours.

The judges decision has however sparked alot of reactions from Kenyans who seemed to have different opinions and suggestions on the matter and on how it should have been handled.

With a section of Kenyans claiming that maybe this was the right thing to do, others went ahead and called upon all Kenyan road users to make sure they follow the traffic rules and regulations in order to reduce the number of accidents in Kenya.

At the same time, others have called out the judge for giving the suspect a light punishment claiming that this was encouraging drivers to misbehave on these roads. 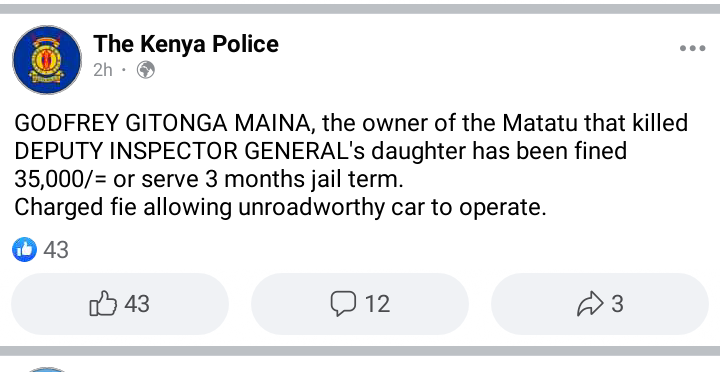 Just In: Another Terrible Road Accident Involving A Truck Reported Today At This Region

"Save Your Life First," Netizens Reactions After Photo of a Faulty Bus Surfaced Online

Features of a Scania Bus That Ensures Ease During Driving

Gideon Moi Received Like A King In Uhuru's Rural Home, Hustlers Flood On The Roads To Welcome Him