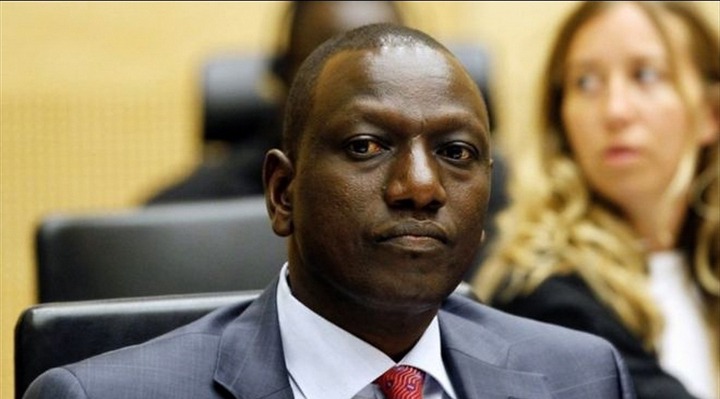 Deputy president Wlliam Ruto has been actively campaigning for the better part of this year, with the help of His allied Mps from Mt Kenya, Western and Rift Valley. His Hustler Narrative seems to be resonating well with Kenyans who are buying into it with hopes that it will change the economy.

His journey has however not been a walk in the park, as He has been receiving massive criticism from His rivals, who keep formulating ways to inform Kenyans that the Tangatanga ideologies will not salvage Kenya from the troubles that it has been experiencing for years.

However, City Lawyer and an active supporter of Raila Odinga, Donald Kipkorir has warned Kenyans about making quick decisions without thinking critically while electing their leaders.

Kipkorir who spoke through Twitter says that there are Politicians in Kenya who have the highest level of education, rich and even have been leaders for Many years but they keep spreading lies to Kenyans that they will be working together to form the next government through their fake ideologies.

The Lawyer added that Kenyans who are wallowing in Poverty and are less educated still keep turning up in large numbers in those political Campaigns, and cheering up the same political class who are Liars. He also alleged that this Nation is beyond repair be use Kenyans keep making mistakes of recycling leaders who engage in double Speaking in order to achieve their own political benefits. 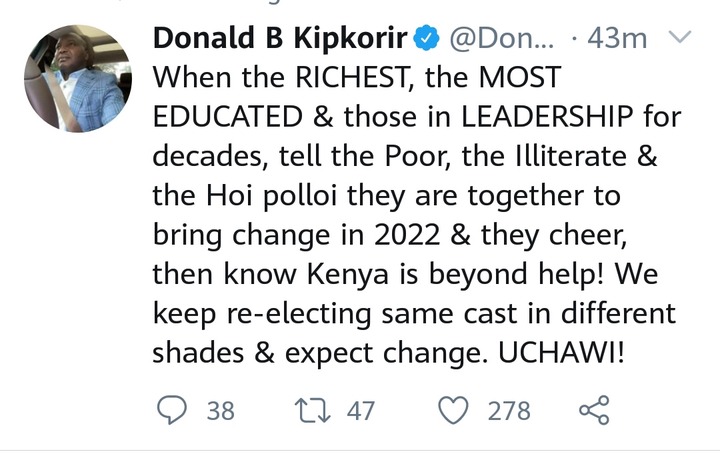 In what appeared to be an attack to William Ruto's Camp, the Lawyer was reacting to the current predicaments that the Nation is facing, from leadership to other matters that needs close attention from leaders. Kipkorir has never agreed with Ruto's way of leadership.

A good percentage of Kenyans who also participated in the conversation, showed their dislike on matters of Tangatanga, with most of them urging Kenyans to wake up and elect good leaders who will bring permanent change in the Country. 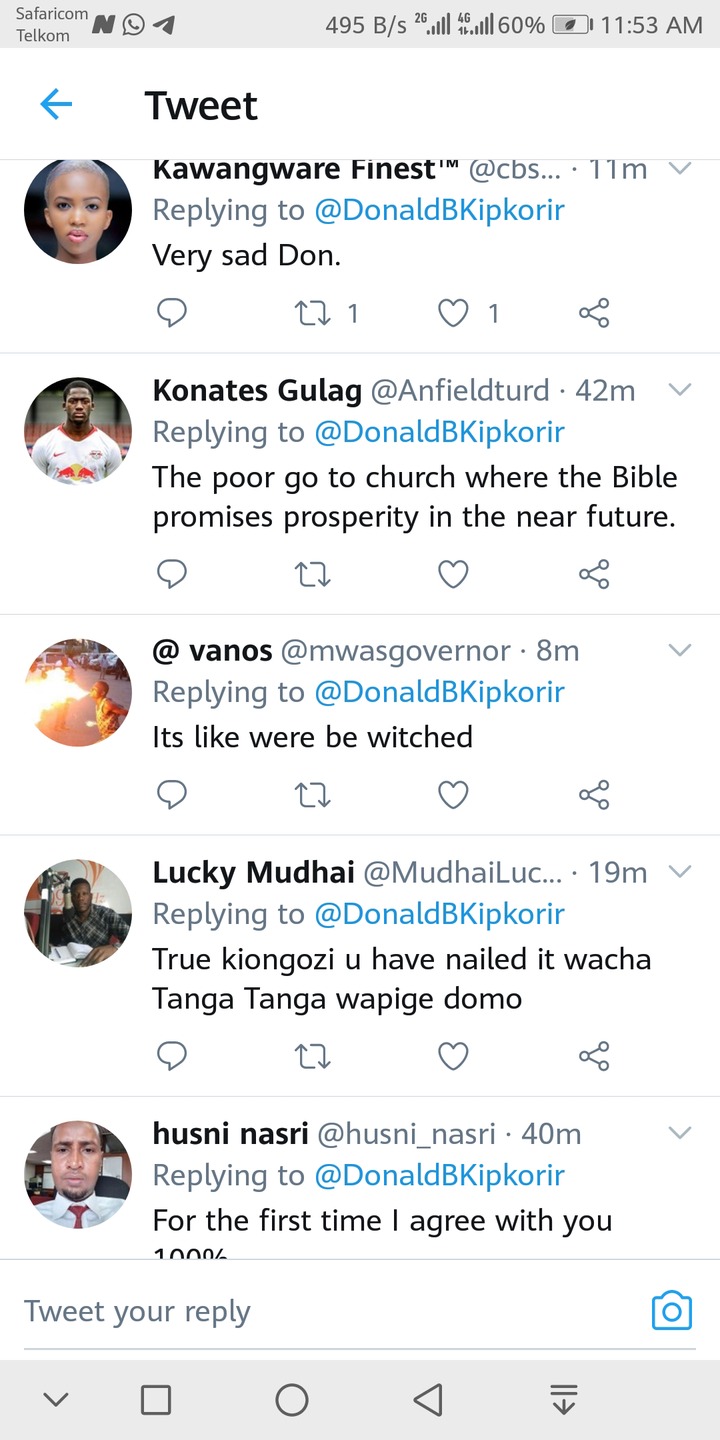 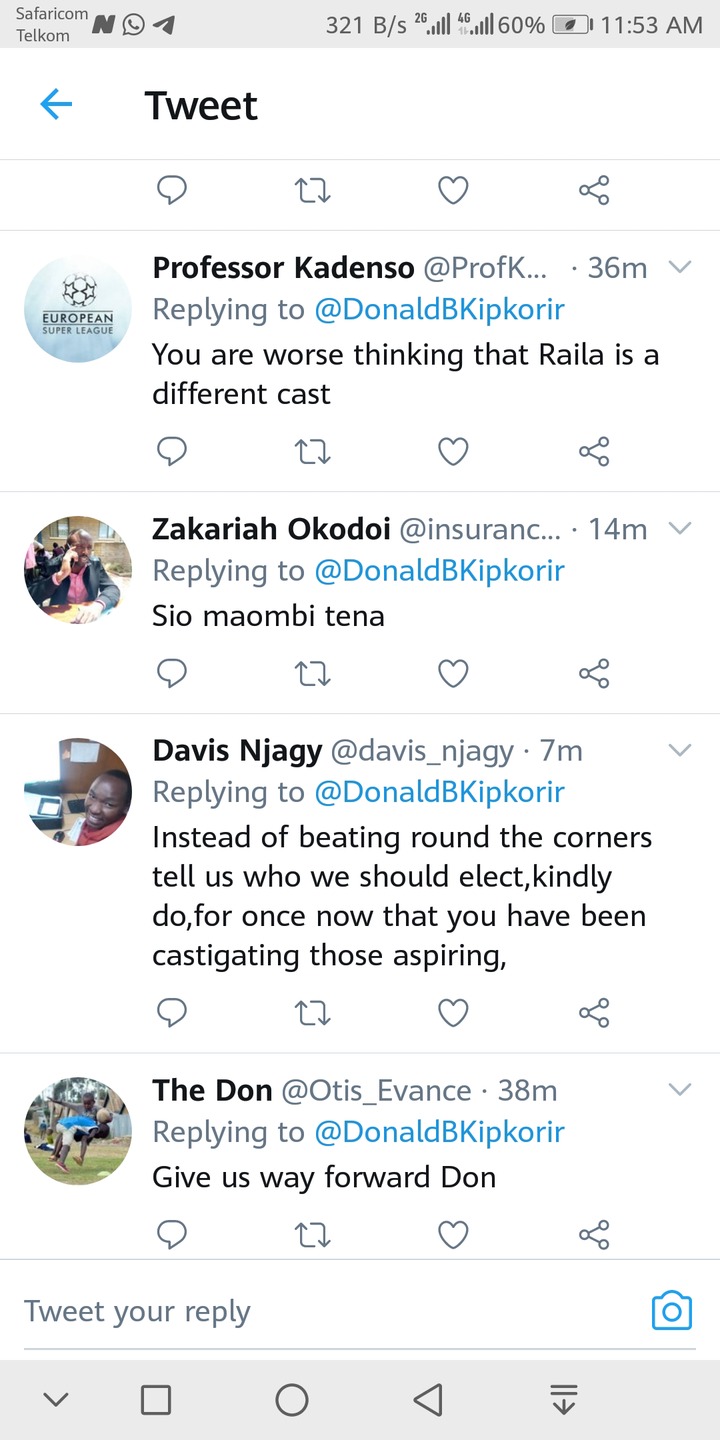 God: Why Some People Don't Get Healed When They Are Prayed For.