Man Used 6k While Partying With A Lady In Bar, Ends Up Being Charged 10k For Failing To Pay Th Bill

Court has charged a man for failing to pay a bill of ksh 6000 in a club. The scene is in Nairobi.

Going by the reports, the man's names are Evans Owino. 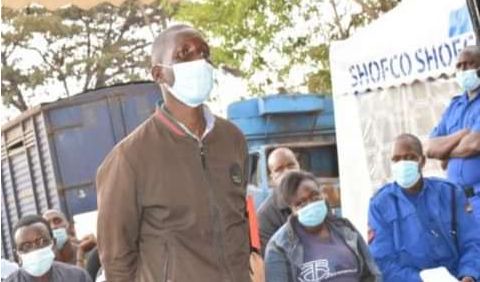 According to police reports, Evans Owino was accused of incurring the debt at Hacienda Sport Bar and Grill in Westlands, Nairobi, on October 5, while falsely pretending he was in a position to pay.

What's shocking, today during the court session, Evans admitted that he incurred the bill and was willing to pay but did not have the money, at the time.

Narrating the scene; Owino walked alone in the club and ordered a beer and Krest soda and went on taking his drinks alone until a woman joined his table.

Afterwards, Evans ordered a grilled meat for himself and the woman. Moments later, the barman passed him the bill.

There is when Owino realised, he didn't have the money either in Mpesa nor wallet. At the scene; the barman reacted by informing the police.

Luckily they arrived and arrested them, Owino and the woman.

Fortunately, the woman was later released since she had not ordered any drinks or food. 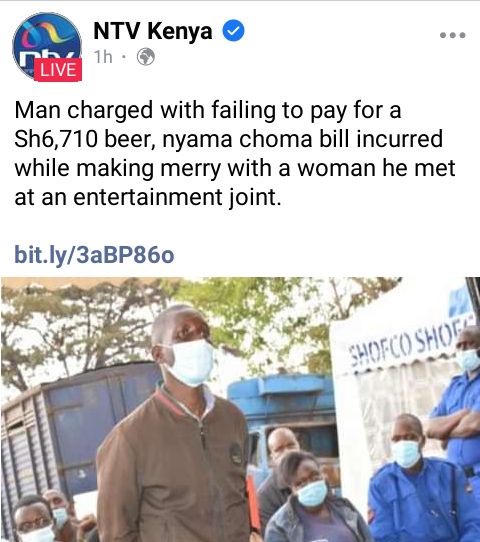 So Painful To Lose You, See Beautiful And Young Ladies Who Where Killed In The Name Of Love

Two chelsea players that should play against Watford today (opinion)