By Walter_Mcgreat (self meida writer) | 21 days

Since they retained the tools of power for the second time, Uhuruto weaponized the war against corruption. 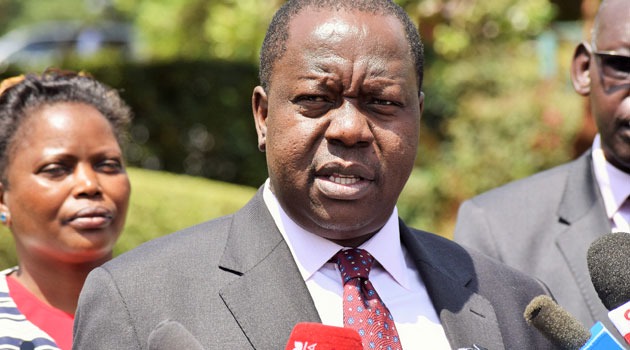 This oversaw the expulsion of influential civil servants thanks to their corrupt ways.

Lately, the Hustlers' spokesperson has been having sleepless nights thanks to Matiang'i's allegedly bought freedom that keeps haunting him.

In his latest report, Itumbi cited that the Kenyan Cabinet Secretary Ministry of Interior and National Government Coordination Dr. Matiang'i was found guilty of corruption.

He indicated that the Ethics and Anti-corruption Commission, the corruption and graft oversight body filed an affidavit indicating that Matiang'i illegally used tax payer finance to purchase public land situated in Ruaraka.

Despite the successful investigations and the findings of the EACC, the reputed civil servant has never been charged.

Recently, Itumbi embarrassed himself while trying to sue the Interior Cabinet Secretary over graft allegations. The Judiciary wrote off his petition and noted that his allegations were based on propaganda and mere hearsay.

On the night of 5th of July 2021, Phillip Kagucia a senior official at the EACC will be appearing before Trevor Ombija for an insightful live interview on the steps taken by the political class to facilitate the fight against civil misconduct.

Itumbi requested Ombija to interview the latter on the fate of Matiang'i's legal misdoing.