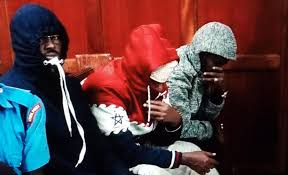 Three military police officers have been arraigned and charged infront of a court-martial at Kahawa Garrison for soliciting bribes from unsuspecting members of the public to process their recruitment in march 2021 recruitment drive.

The three were arraigned on diverse dates of September 15 and 17 with obtaining money by false pretence which is against Section 313 of the Penal code and section 121 of the KDF Act, 2012.

They are reported to have taken part in the offences on different dates between January and May 2021.

On September 16, two military officers while before Judge Advocate Diana Mochache pleaded not guilty to the charges.

The suspect is said to have accosted the two few hours after the recruitment exercise to extort the bribe.

He denied the charges and asked a lawyer to represent him in the next mentioning.

The case was scheduled for mentione on September 24, 2021.

Another military officer, former Redeployed Non-Commissioned Officer 3 Henry Wafula Wanyonyi of Defence Forces Technical College (DEFTEC) was found guilty of unlawfully extorting bribes on diverse dates between January 5, 2021, and April 10, 2021, from a woman plus her son in Kakamega County.

Wanyonyi was reported to have illegally extorted Sh275,450 from the victim and later Sh50,000 from her son to get a chance in the recruitment exercise.

Henry denied the charges and his case was scheduled for mentione on October 21, 2021.

On September 17, a third military officer, captain Joshua Muange Mulang’a of Kenya Navy (KN) presented himself in court-martial at Kahawa Garrison over the same offences.

Capt Mulang’a was reported to have extorted Sh50,000 on February 11, 2021, from two trainees saying that he would make get selected in the slot.

He also denied the charges and his case was scheduled for mentione on November 11, 2021. 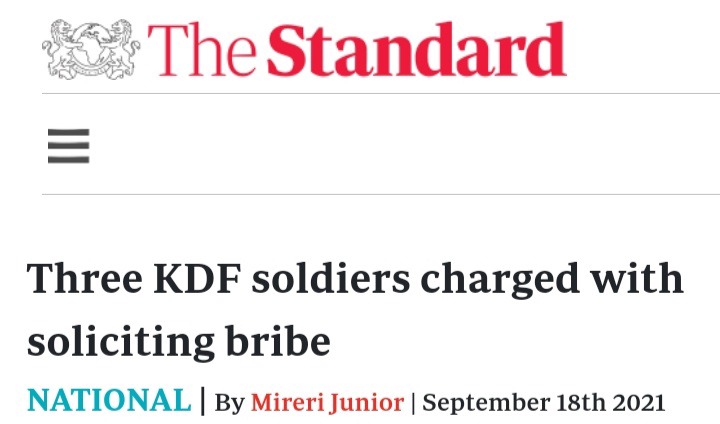