By @Mikeanderson (self media writer) | 6 months ago

Dp Ruto's running mate have faced a huge blow today following the court's ruling on his Ksh 202 Million which had been frozen due to suspicion that the money were acquired through corruption.

The court have actually maintained that the money were not aquired legally and Rigathi Gachagua has therefore been ordered by Nairobi anti-corruption court to surrender the money to the government.

In a ruling done by magistrate Esther Maina on 25th of July 2022 , the court discovered that the money which had been frozen by state agencies amounted to proceeds of corruption.

It is also revealed that Mathira Mp had also acquired money from the government but had not supplied any goods or services to the government.Rigathi had claimed that his money had been frozen unfairly insisting that he acquired the money legally contrary to what the state agencies were saying.

To this , Rigathi is expected to surrender the Ksh 202 million to the government as per instructions from the court. 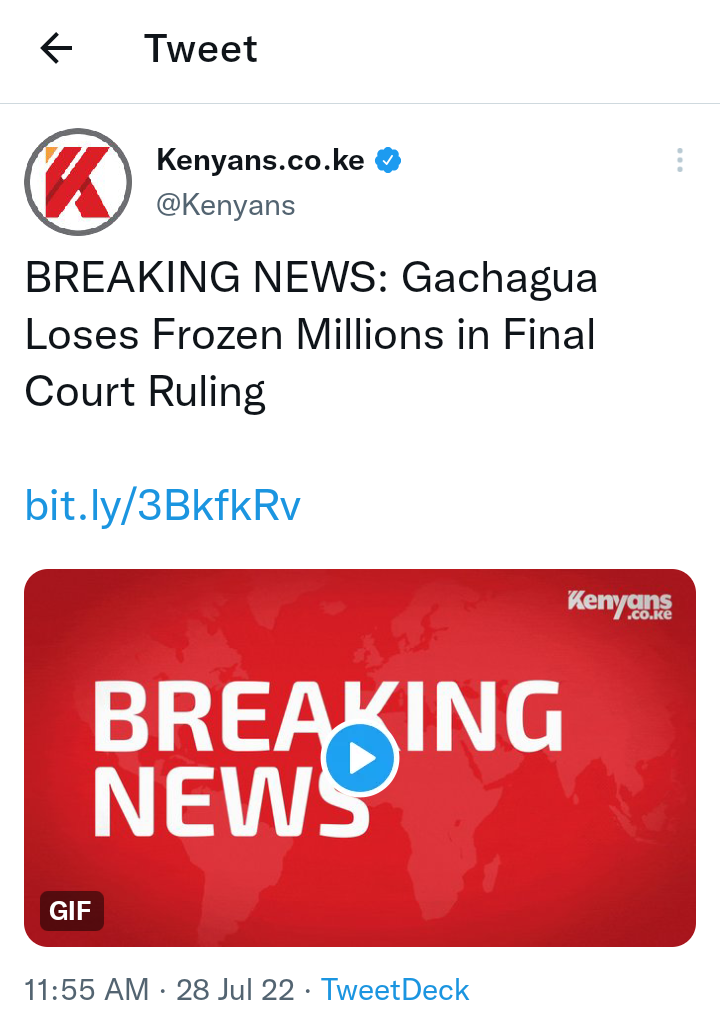