Former Kenya Medical Supplies Authority (Kemsa) board chairman, Kembi Gitura, has lost his bid to recover land possession in which the Nairobi Southern Bypass sits through a court battle settled on Wednesday, October 6.

Gitura, who is presently the chairman of the Communications Authority of Kenya (CA), lost in a court battle to overturn a previous ruling made by the National Land Commission (NLC) repudiating his title of prime land situated in Lang'ata. 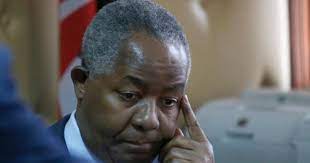 Court's decision set up that the former Murang'a Senator had encroached into the land reserved for the transport corridor for the Embakasi - Kibera Railway line and Nairobi Southern Bypass (Trans African Highway) development.

He moved to court in trying to have him declared lawful and registered owner of the property which he bought in 2008 from Ramji Rama and Co. Ltd.

In his court papers, he even demanded that subsequent to purchasing the land, he was issued with a certificate of the lease.

Justice Loice Komingoi of the Environment and Lands Court decided that the property is public land.

"It isn't in dispute that the plan that guides development in the area shows no indication of private property in that location," expressed Justice Komingoi in her decision. 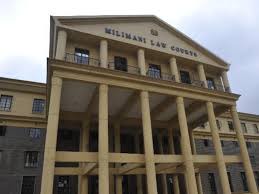 Justice Komingoi further expressed that Gitura had a chance to argue for his case through a public notice issued by the NLC earlier o the revocation of the title deed in 2017.

"Gitura doesn't claim that he didn't know about the public hearings, instead the notice didn't accord him the chance to know the allegations as well as the case he was required to reply. In my view this sounds far-fetched," the Judge ruled.

President Uhuru Kenyatta appointed Gitura to head the Communications Authority in the midst of investigations on financial misappropriations at Kemsa.

Gitura was the chair of the KEMSA board for close to two years, a period that was defaced with allegations of graft and fraud.

The former Murang'a's Senator loss comes even as a section of leaders allied to Deputy President William Ruto asserted that the government was mulling to demolish Weston Hotel which is situated in Lang'ata. 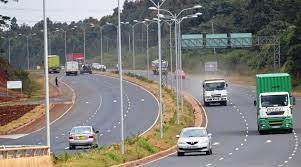 Kenya Civil Aviation Authority (KCAA) has been in a court battle with Weston over the ownership of the land. KCAA in their contentions demands that their land belongs to them.

Excited Locals In Meru Flock The Streets Ahead of Raila's Arrival, Governors To Join his Camp