By Onchy (self media writer) | 1 year ago

The trial of Kangogo, a suspect in the murder of the late Irene Jepchumba, a lecturer at Rift Valley Institute of Science and Technology in Nakuru was so heartbreaking during testimony giving. 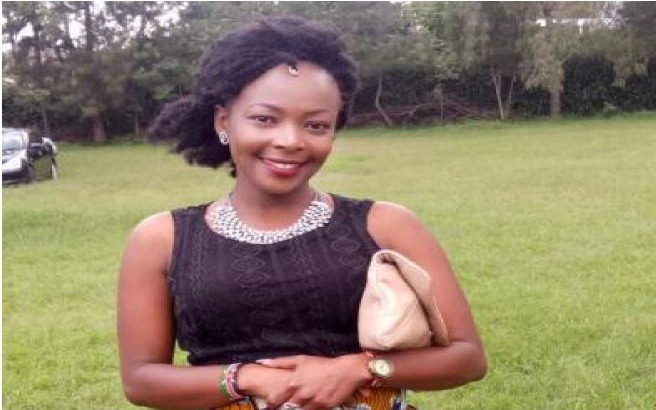 The mother of the deceased was the recent person to give her testimony against the suspect as she recalled the last moments she had with the slain daughter.

According to Monicah Boitt, a lecturer at Egerton University, the late Irene was to spend that moment when she was alive with her, but prompted to visit her new friend who she was to familiarise with. 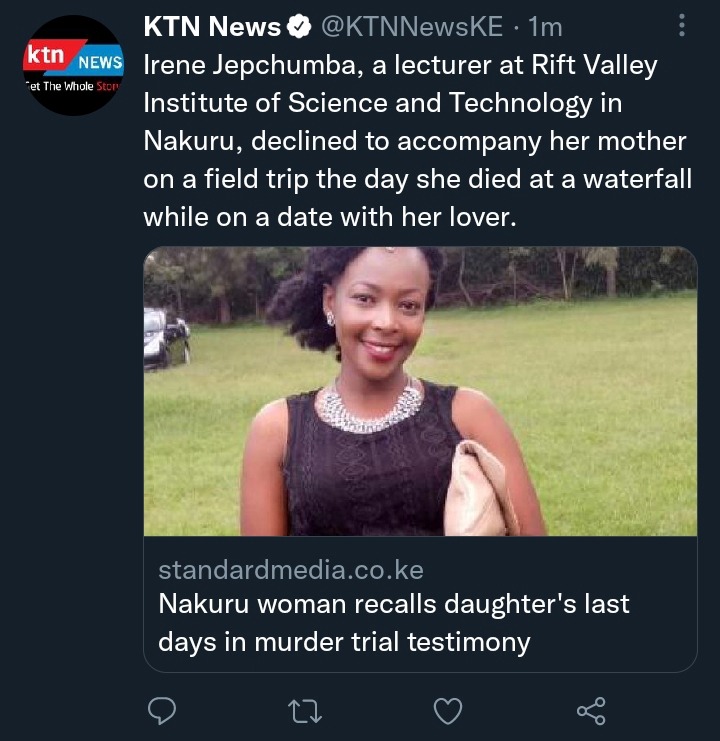 Speaking to High Court justice Joel Ngugi, the heartbroken mother stated that later that evening when Irene had left, she was late to come back home which worried her.

"On July 6, we wished each other well as we set out for our day's activities.

I tried calling her to no avail. Some calls went through but she didn't pick up. At times, the calls were not going through. I sent her text messages but she did not reply. It was very strange." 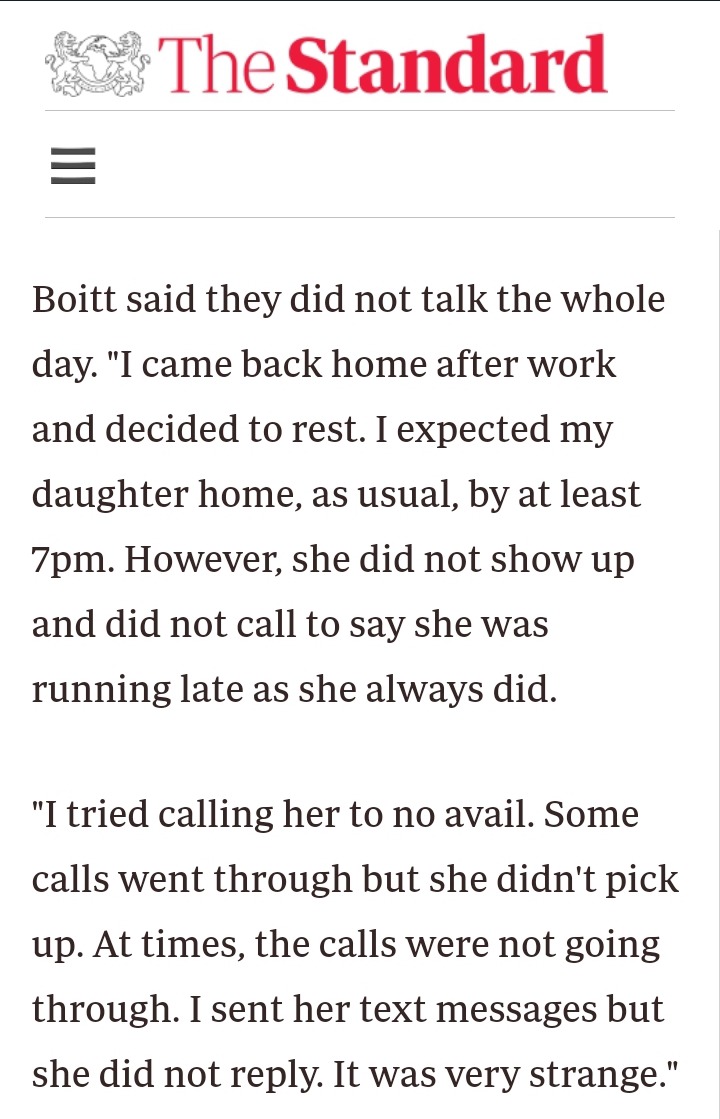 Later on, the news of the death of Irene Jepchumba was brought by the area chief who explained that her daughter had fallen into the waterfall while she was taking some selfies.

Kangogo denied the charges that she pushed her into the water which got the court give him a 500K bond with the case set to resume on 7th October.