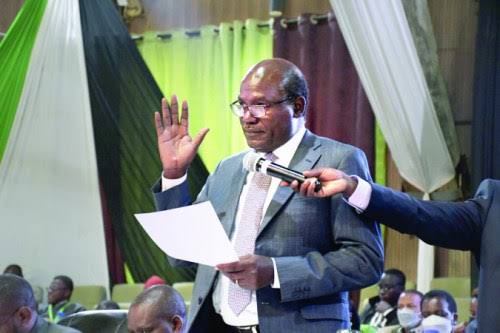 The decision by the Independent Electoral and Boundaries Commission (IEBC) to interdict the Deputy Chief Executive Officer has been suspended by the courts.

The Employment and Labour Relations Court on Friday put off the decision by IEBC CEO Marjan Hussein Marjan saying that the case needs to be first heard and determined.

The Magistrate Justice Jacob Gakeri also filed the case as a priority asking that it be brought forward for hearing and judgment expeditiously for the sake of public interest and the fate of the Electoral commission.

Deputy CEO Ruth Kulundu had been interdicted a week ago because of what Mr Marjan said was colluding with the four dissenting commissioners.

He noted that Ms Kulundu convened a meeting in the absence of the Chairman of the Commission Mr Wafula Chebukati and even without his knowledge. The meeting hosted the four commissioners and it was from there that they agreed to take different lawyers to represent them at the Supreme Court in the presidential petition challenging Ruto's win.

Azimio took to the streets to protest Kulundu's interdiction asking Marjan to follow due process.

The Supreme Court in its judgment had refused to be dragged in the infighting in IEBC saying that the commissioners should settle their differences privately.

The apex court also only recognised lawyers of the remaining minority commissioners to be representing the IEBC asking each party to bear its own costs after the hearing.

The Martha Koome-led court however cut some of Chebukati's powers. It barred the chairman from acting unilaterally in the verification tallying and announcement of the presidential results. It also recommended that the agency specifies the duties of each commissioner clearly in their profiles so as to avoid any confusion.