Nation media columnist Gabriel Oguda has revealed that Njeri Mwangi,the wife to activist Boniface Mwangi has narrated in an interview in Saturday nation newspaper the frustrations she went through following the Lang'ata primary school land saga. 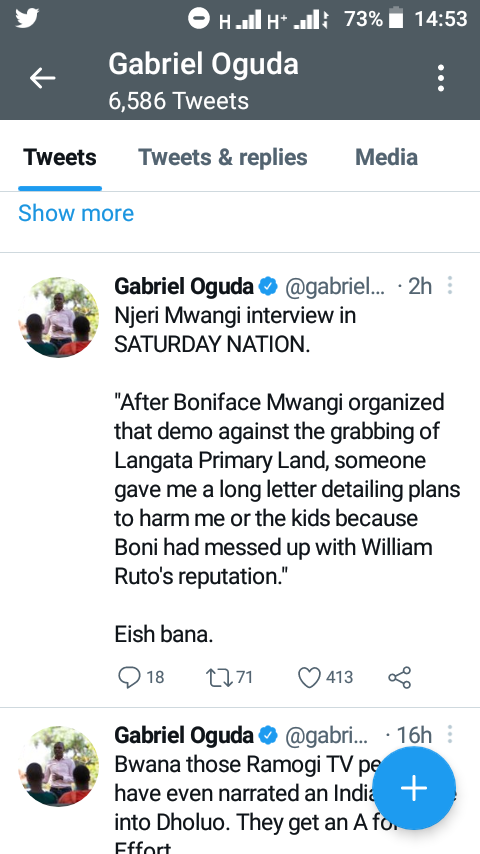 "After Boniface Mwangi organized that demonstration against the grabbing of Langata primary land,someone gave me a long letter detailing plans to harm me or the children because Boniface Mwangi had messed up with William Ruto's reputation" Gabriel Oguda tweet. 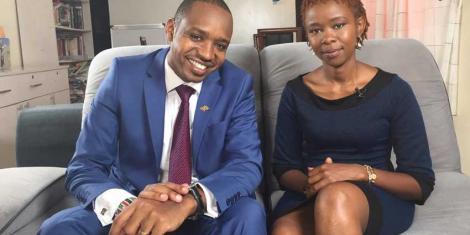 During the interview,Njeri Mwangi further revealed that after activist Boniface Mwangi successfully organized the demonstration against the grabbing of Lang'ata primary school land,she received a letter from a stranger.

Njeri further added that the letter was detailed on the plans to harm her or their children because his husband activist Boniface Mwangi had messed up with deputy president William Ruto's reputation. 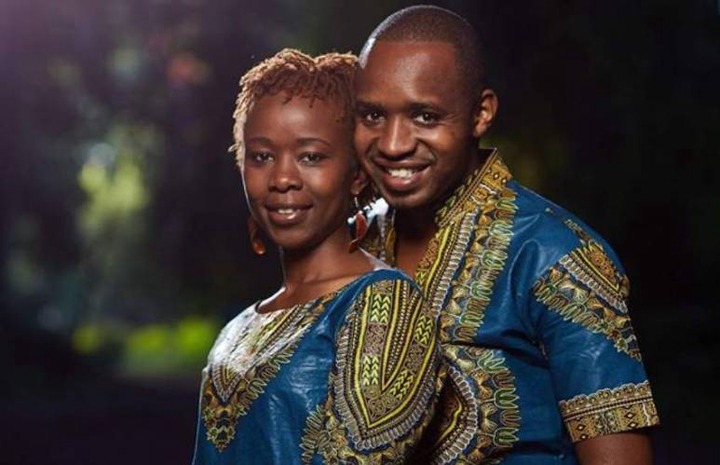 Activist Boniface Mwangi led pupils at the school in protest of the school land that was grabbed.

KeNHA Announces Closure Of Section Of Thika Road For 2 Months

KeNHA Announces 2-Month Closure of a Section of Thika Road