By allay (self media writer) | 7 months ago 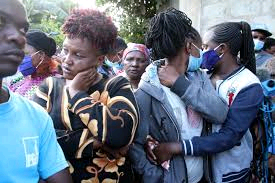 Prosecutors revealed that they would arraign him with murder.

He allegedly hacked to death Mr Mukaria, 54, and Mr Kathongi, 43, with a panga, arguing that they had divided him a smaller portion of their ancestral land.

A Meru court has ordered police to probe the allegations that the suspect's family was being threatened. 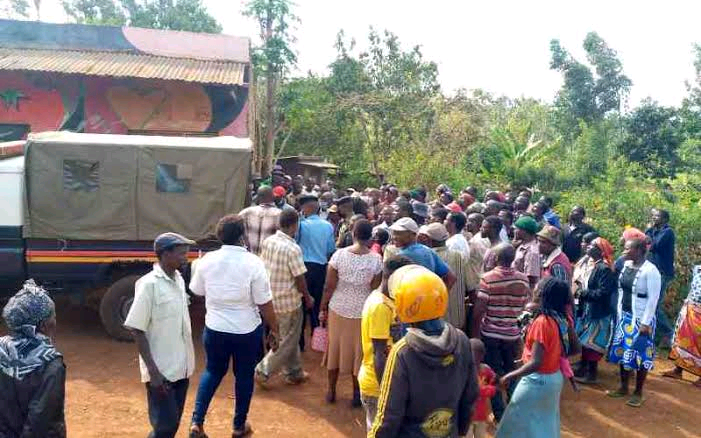 Justice Thripsisa Cherere added that as Mr Stanley Ntarangwi will be charged two times,and the judge ordered his kins should not be threatened because of his crimes.

She asked police in Maua to probe the suspect’s claims that his kids had been sent away from their home and rendered homeless.

He is alleged to have hacked Mr Kathongi after finding him harvesting his mature trees while he was in serving a 14-year jail sentence for hacking the hand of another local. 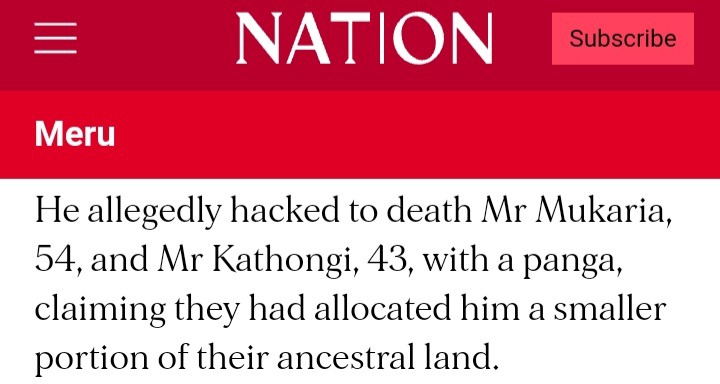 As family and friends prepared to bury the body of Kathongi, the suspect reportedly waylaid Mr Mukaria to tea farm and hacked him to death.