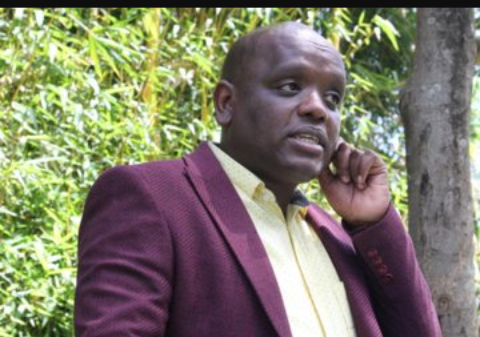 In the ruling, Milimani Chief Magistrate Martha Mutuku stated that the prosecution had proven beyond reasonable doubt the charges against Itumbi.

The charge sheet states that on or before June 20, 2019 at an unknown place, Itumbi and his co-accused blogger Samwel Gateri published a letter dated May 30, 2019 with intent to cause anxiety to the general public.

"After evaluating the evidence on record l find that the prosecution has proved beyond reasonable doubt the charges against the accused persons herein. I According put them on their defense," Mutuku ruled.

However, Miguna Miguna has warned Dennis Itumbi of imminent repercussions if he indeed lied to the court in the Ruto assassination plot case.

Miguna, in a reply to a tweet by the self-proclaimed hustler nation spokesman, advised Itumbi against appealing the decision by the Milimani Law court.

In his tweet, Itumbi had indicated that he was in agreement by the resolve of his lawyers to appeal the decision by the magistrate. He said that the presiding magistrate, in her ruling, drew credence from laws that had already been declared unconstitutional by the High Court.

Miguna opines that the communications expert should not consider appealing the decision if he possesses concrete evidence that can prove that a plot was actually hatched to assassinate Deputy President William Ruto. 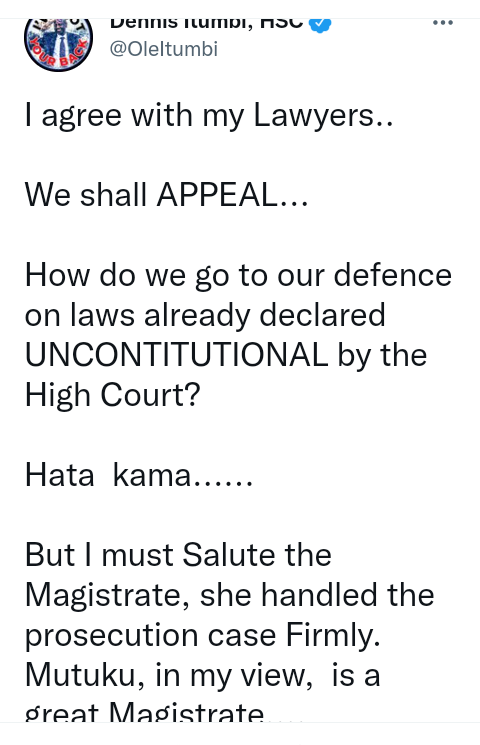 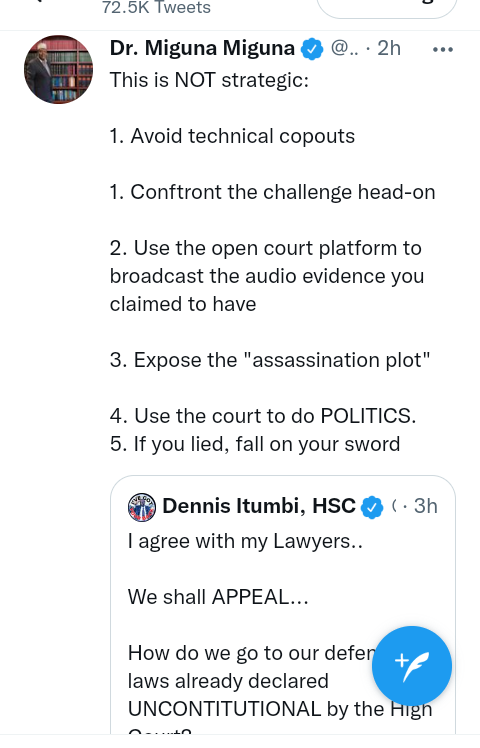