Senior Counsel James Aggrey Orengo and his counterpart Paul Mwangi appeared before the Justice Daniel Musinga-led bench hearing an appeal on the Constitution of Kenya Amendment Bill (2020) on Tuesday 28 June. In May a five-judge bench of the High Court struck out the amendment process as unconstitutional. 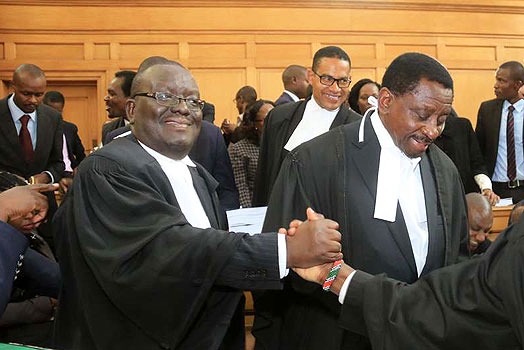 While addressing the grounds of appeal as the basic structure and amendability of the Constitution the lawyers said the High Court ruling was very good literature but it erred, as it stood on no pillar of Kenyan Law.

Among other things, the High Court ruled in May that it was unconstitutional to amend the Constitution of Kenya and that the president had no powers to initiate a popular initiative.

Orengo went on to illustrate that all powers are donated by Wanjiku, including the powers of the Judiciary yet it would not be orderly for Wanjiku to walk into this court and "strip you of your roles and authority as judges without the following procedure." According to Orengo the Constitution of Kenya is the basis for all legal procedures and that does not require interpretation. 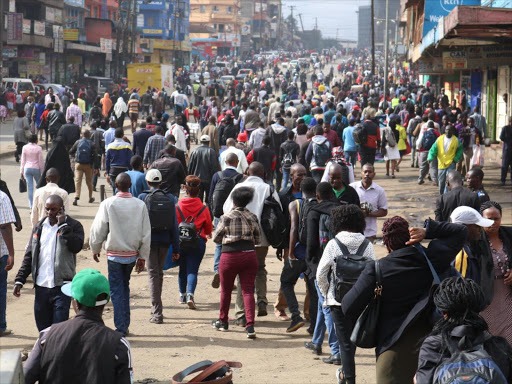 While stopping the BBI process the High Court ruling stated that "Wanjiku"(the person on the street) had the final say on the amendment process but denied him/her that opportunity through a popular referendum.

However, the Senior Counsel felt the High Court was misguided to purport that the Constitution contained imaginary elements such as what is shiftily termed in legal circles as eternity clause doctrine.

Referring to the process of Amendment of the 2010 Constitution (an important history which, according to him was ignored by the High Court), Orengo said it was a purely political process to address the borne of contention surrounding disputed election results and the preceding post-election violence. "It was the outcome of an initiative set out by politicians and the president at that time who appointed experts to sit in the Kriegler and Waki Commissions." 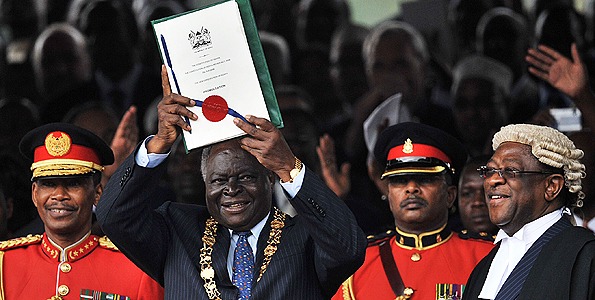 Orengo and Mwangi argued that the 2010 Constitution was the outcome of a political process.

Addressing the issue of who should be a promoter of a popular initiative Orengo faulted the High Court on Paragraph 784 of their ruling as being based on an imaginary basic structure doctrine and eternity clauses that do not exist in Kenyan Law.

On his part lawyer, Paul Mwangi stated that the Constitution provided for 1 million people to meet the threshold of IEBC to call for a referendum so that the process cannot be abused by persons willing to promote mundane causes.

"High Court gave 90 footnotes on the sources from where it got its historicity but only quoted 4 footnotes from the actual BBI taskforce. That amounts to selectively apportioning law to justify wrong judgment. Incidentally, before we came here Professor Yash Pal Ghai who is quoted 19 times in the footnotes has raised the issue with him being quoted as an authority in the judgment," revealed Mwangi.

The five-judge bench was also wrong to State that politicians should not be trusted in initiating a popular initiative. "The framework for our first post-Independence Constitution was made in Lancaster House by Kenyan politicians so that the country could be free from British Colonial rule. The High Court ruled that attempts by politicians and specifically the president to amend the Constitution are driven by greed and self-serving interests. I find that amusing because contrary to the judge's belief, that Constitution brought Kenya independence!".

Quoting the French example lawyer Mwangi defined the doctrine of eternity clauses as express legal provisions and not theories that the High Court used in its findings.

"Actually Kenya does not have an eternity clause," confirmed lawyer Paul Mwangi. 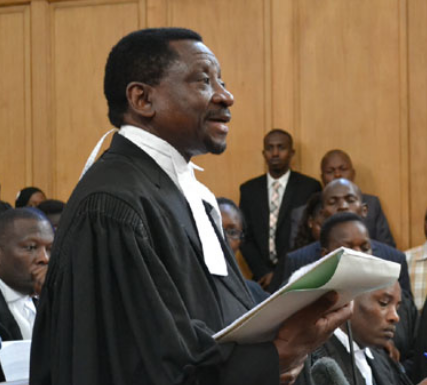 Meanwhile, Senior Counsel James Aggrey Orengo was in his element quoting Voltaire who once said If God did not exist it would be necessary to create one. With the flamboyance and erudite mastery of Constitutional law, Orengo danced his way in his submission, at one point letting the Presiding Judge paraphrase his line of thought to the chagrin of the defense team.

Orengo and Mwangi were appearing on behalf of the Building Bridges Initiative Secretariat and ODM Party leader Raila Amollo Odinga.

Bob Collymore's Widow Want Media Out of Her Case.

Big Blow to NTSA as The Following Worrying Blunder is Revealed