By Edwin (self media writer) | 4 months ago

The high Court judge has ruled out that the four police men and the civilian suspected of murder of the lawyer Willie kimani ,his client and taxi driver have something to answer . 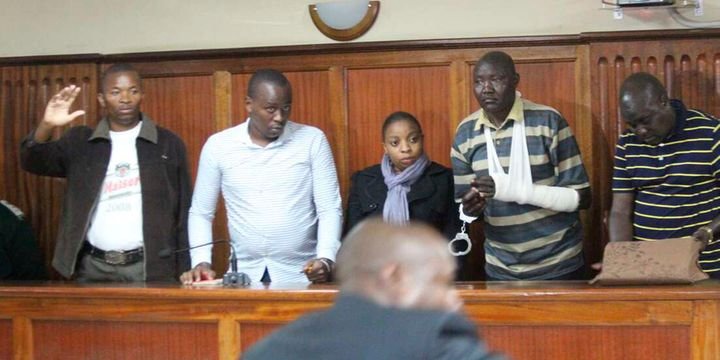 The murder toil dates back to 2016 where the bodies of the 3 were found dumped by the oldonyo sabuk river in machakos followed by a week of long search.

The murdered in accordance with the investigation carried out were taken away in June 23rd 2016 by the witnesses on their way from mavoko law courts where they had a case accusing one of the witnesses.

The trial began in 2016 and prosecution closed its case last week after calling 46 witnesses. The prosecution wanting to proof it point against the accused used technology such as phone call data and DNA sampling.

"Having analysed all the evidence, l have come to the conclusion the prosecution has established a prima facie case against each of the accused whom l place on their defence," ruled Justice Lesiit.

Content created and supplied by: Edwin (via Opera News )