By Jothamnang (self meida writer) | 27 days

A middle aged man has been taken behind the bars in milimani law court after he allegedly forged a burial permit purporting to be of a relative who had died so that he could receive the insurance money. 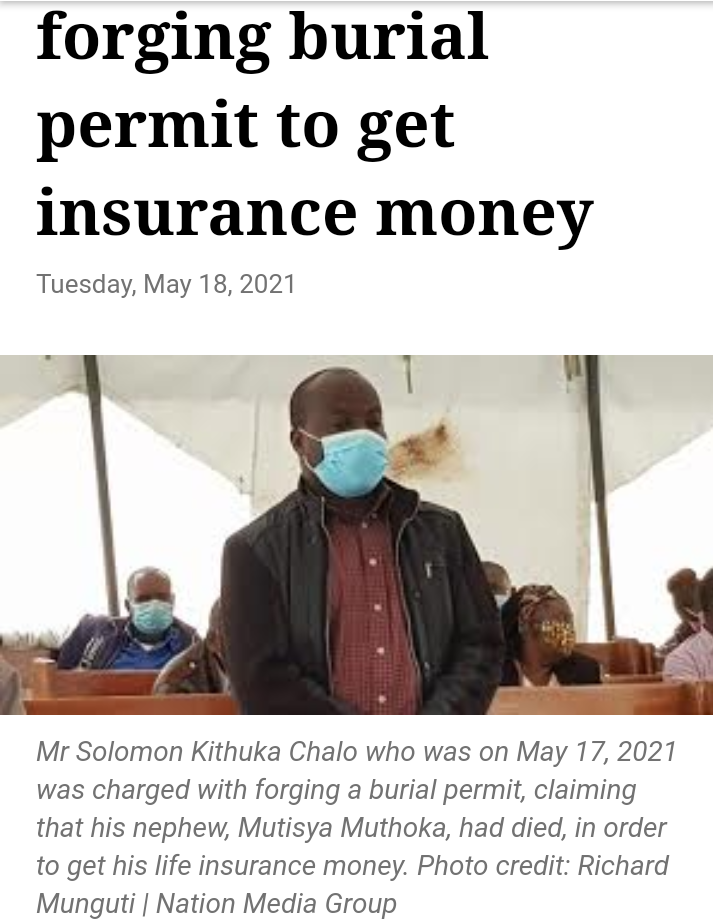 When appearing before milimani chief magistrate Francis Andayi on monday,the accused mr Chalo Githuka denied receiving the money amounting to 230000 sh paid to him by Jubilee Insurance compensation meant for the said his nephew Mutisya Muthoka who he claimed to have died.

Been committed the offense on October 5,2020 in conjunction with the others who were not present during the court session,with the intent to defraud,forged the burial permit issued in the name of Mutisya Muthoka by Kathiani location chief in machakos county.

It was revealed in court that the accused had ni blood relationship with mr Muthoka as ms Fuchaka said that the prosecution will present evidence of prove .

The accuses was released on a 300000sh cash bailand the case will be mentioned again on may 31st for fixing hearing date.

Content created and supplied by: Jothamnang (via Opera News )