By EddieEdu (self media writer) | 8 months ago

The Directorate of Criminal Investigations (DCI) boss Mr. George Kinoti has been a man on the wanted list. This is after summons were issue for him to present himself at the Kamiti Maximum Prison to serve his 4 month jail sentence. This had been handed to him over a failure to comply to a court order. 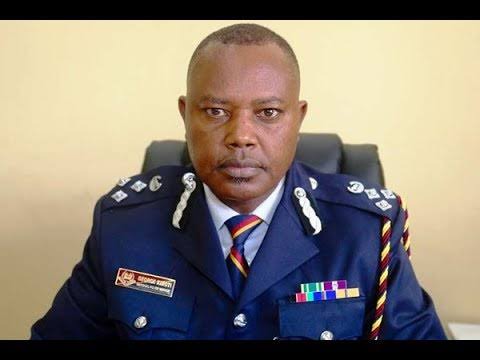 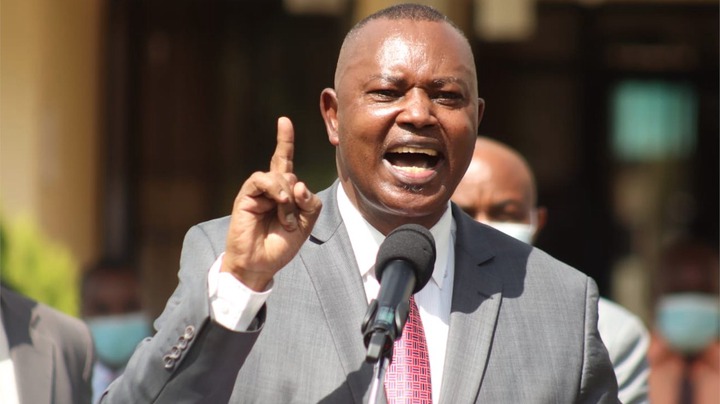 An arrest warrant was recently issued to the Inspector General of Police, Hillary Mutyambai, for him to make sure that Mr. Kinoti is taken to prison. However, this afternoon Mr. Kinoti can breath a sigh of relief after the Appellate Court temporarily halted the arrest and jail term as it awaits for the determination of an appeal that has been filed by the accused. 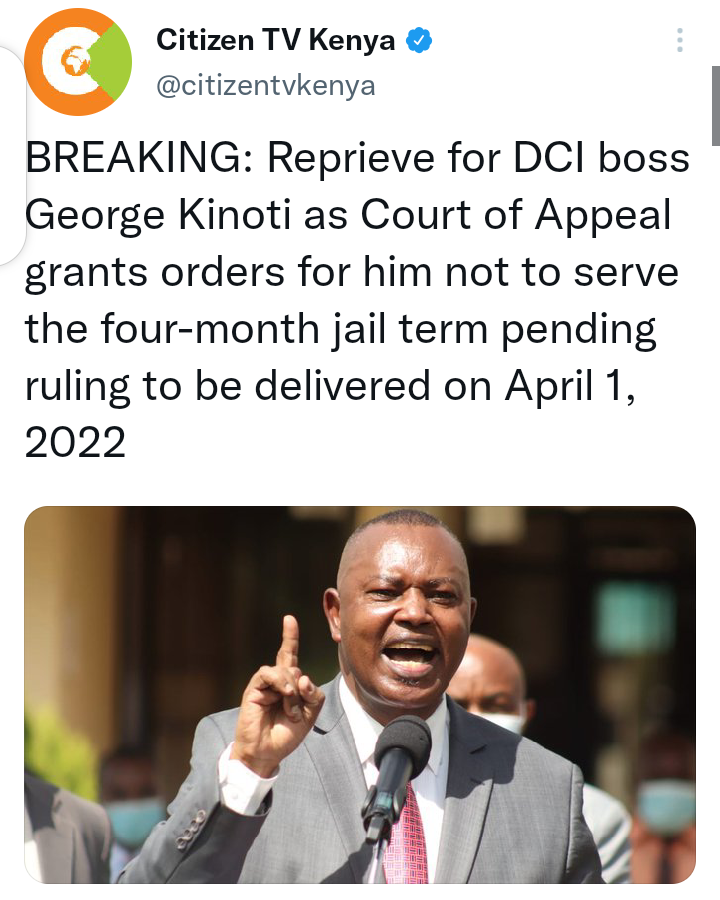 A three judge bench has been selected to make a ruling on the matter. The outcome is expected to be announced on 1st April 2022. The three judges handling this case are Msagha Mboghili, K. Laibuta and Fatuma Sichale.

In the argument, Cecil Miller, the lawyer representing Mr. Kinoti, stated that the high court judge who sentenced his client failed to consider new crucial evidence that had presented before him.

This has given the DCI boss some reprieve as pressure had been mounting for his sentence to be effected.

Mwilu to Pick Judges for Ruto-Gachagua Swearing in Case