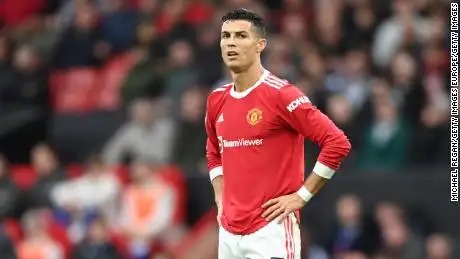 Earlier today, Judge Daniel Albregts recommended that a case against Cristiano over an alleged rape should be dismissed. I

It is claimed that Cristiano, the 36-year-old raped Kathryn Mayorga, a former school teacher and model, at a Las Vegas hotel in 2009.H

er legal team is aiming to overturn a $375,000 equivalent to Ksh 41m, out-of-court settlement signed with the superstar in 2010 on the grounds that she was mentally unfit to agree to its terms at the time.

The criminal case against Ronaldo was dropped two years ago, with prosecutors saying there was no likelihood of conviction.

"The evidence based on leaked communications between Ronaldo and his legal team from the Football Leaks data drop should not have been used in the case", says Judge Daniel Albregts, who has reviewed the case before a separate judge makes a final decision.

She now has less than 2 weeks to object to Judge's ruling or the case will be dismissed.

“Dismissing Mayorga’s case for the inappropriate conduct of her attorney is a harsh result," Albregts wrote. He also said that “It is recommended that Ronaldo’s motion for case terminating sanctions be granted" .

Cristiano's legal team have acknowledged that their client and Mayorga had sex, but that it was consensual and not rape.

His lawyer Peter S. Christiansen said that they are pleased with the court’s detailed review of this matter and its willingness to justly apply the law to the facts and recommend dismissal of the civil case against the Manchester united forward.