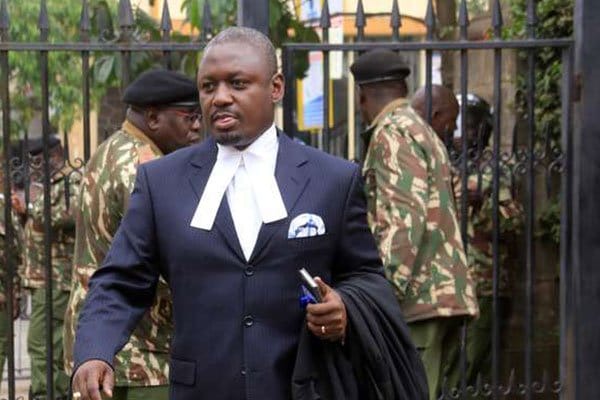 Young Kenyan constitutional lawyer Esther Ang'awa has this morning opened up on what her senior Lawyer who happens to be Rarieda MP Otiende Amollo did to her over her firm stand on the fight against BBI.

You can clearly remember that Esther Ang'awa is one of the young vibrant lawyers who fought BBI both at the High Court and Court of Appeal.

And due to that stand by Esther Ang'awa which contributed to the death of BBI, Otiende Amollo decided to cut short his friendship with the lawyer by getting to block her from being one of his friends on social media.

This is one thing that many people have been unaware of until today when the young constitutional lawyer gets to throw her weight in the cold fight between City lawyer Ahmednasir and Martha Karua. Just immediately after SC Ahmednasir reveals to the public that he has been blocked by the self-declared Mount Kenya's Iron Lady. 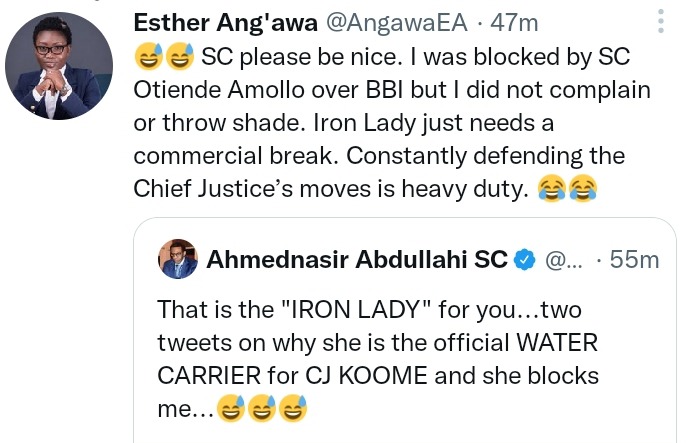