The High Court has ruled that the action of police officers to arrest and detain suspects before they complete their investigation is illegal.

Judge Reuben Nyakundi of the Malindi High Court ruled that the practice was a violation of constitutionally protected human rights.

In his decision, he said the police should complete the search for evidence they intend to use in the case before arresting the suspects.

"The practice of arresting suspects before the investigation begins is illegal and a violation of fundamental human rights and fundamental freedoms," the judge said. 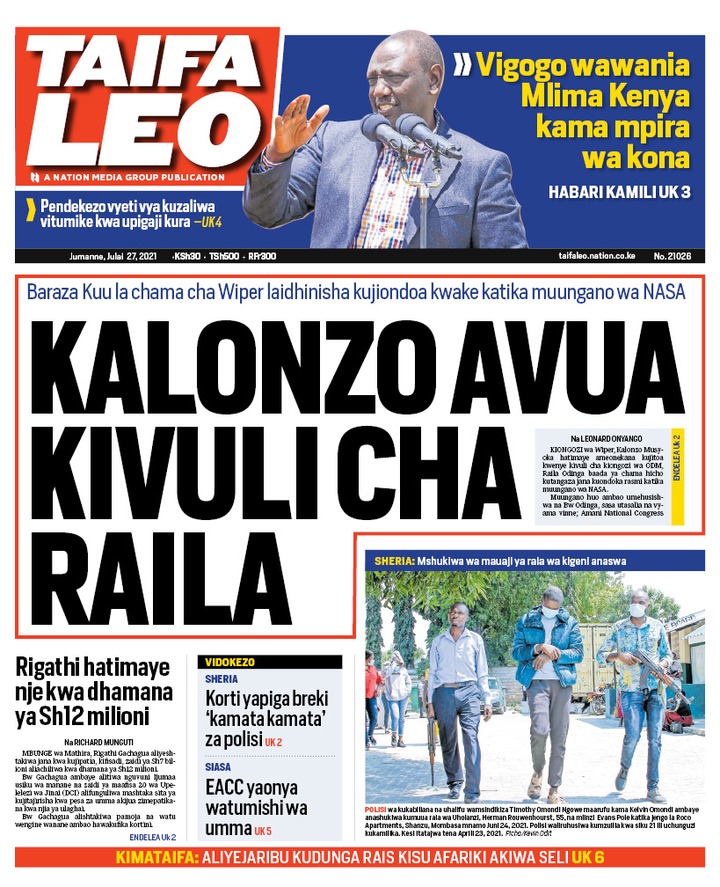 He was making a decision in a case where five people went to court to ask for an order to be issued so that they would not be arrested by the police in connection with the land dispute.

Judge Nyakundi said the courts have been receiving many requests from the police who want the suspects to be detained as the investigation continues, saying that is often illegal.

According to him, the police have been in the habit of wanting to deprive suspects and defendants of their freedom before the investigation into criminal cases is completed. He said that was one of the challenges that had been affecting national court services.

"It is important for the court to assess all matters relating to the arrest of the suspect, especially when the police arrest them without a court order. There should be enough and satisfactory reasons to explain why a person is suspected of being involved in a crime. It is not enough to say that the suspect has certain suspected behaviors, ”he said.

On this basis, the court requires the police to gather evidence about the crime and then arrest the suspects, not to arrest and then begin to search for evidence against them.

Judge Nyakundi's decision may be used by some citizens who complain about their arrests and detention for no reason, with police going to court later to request more time to complete the investigation.