You are a Coward and I will Expose You; Robert Alai Tells Activist Boniface Mwangi as he fires Back.

By HowItIs (self meida writer) | 14 days

In another tweeter spat, Blogger Robert Alai has hit at Activist Boniface Mwangi and told him that he is a coward. He condemned him for always being desperate of him as he suggested that he might be getting funding when he attacks him. According to him, Mr Mwangi is a wimp and should wait for chloroquine. Wimp is a slung word meaning cowardice. 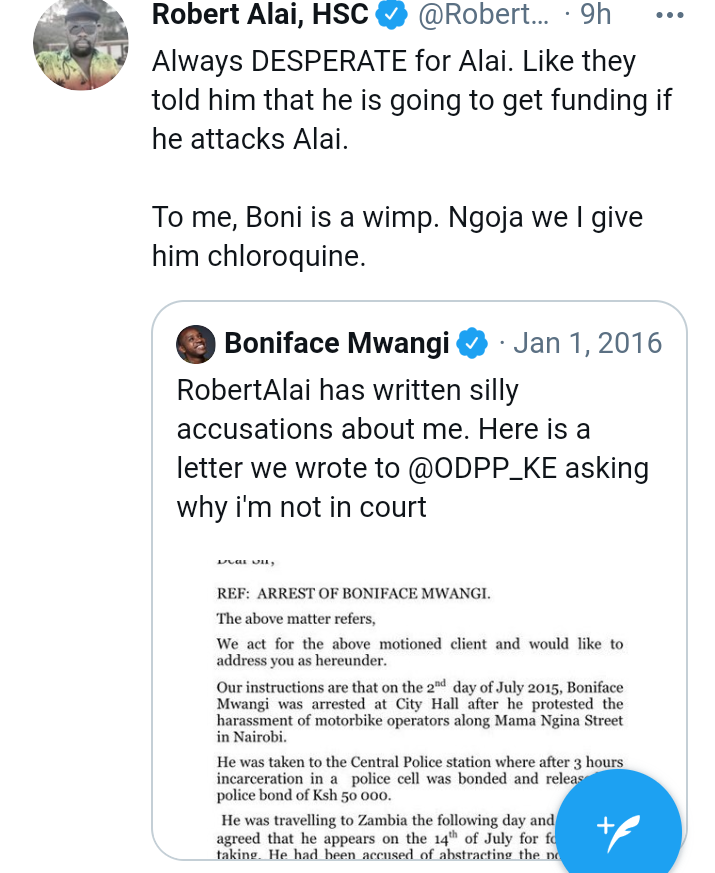 This was in response to a tweet that the activist had share accusing the blogger for writing silly accusations about him. In the show that he is fearless contrary to what Alai was saying, he shared a letter that he wrote to the police asking about the progress of case. 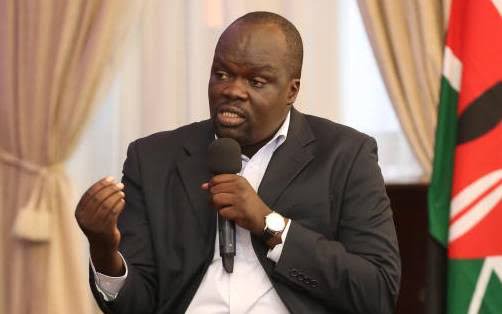 According to the letter, the activist was arrested and subsequently given a fifty thousand shillings bond. He was accused of protesting for the harassment of motorbike operators along the Mama Ngina street. He was demanding to know the fate of the case since several months had passed without any communication from the prosecuting office. 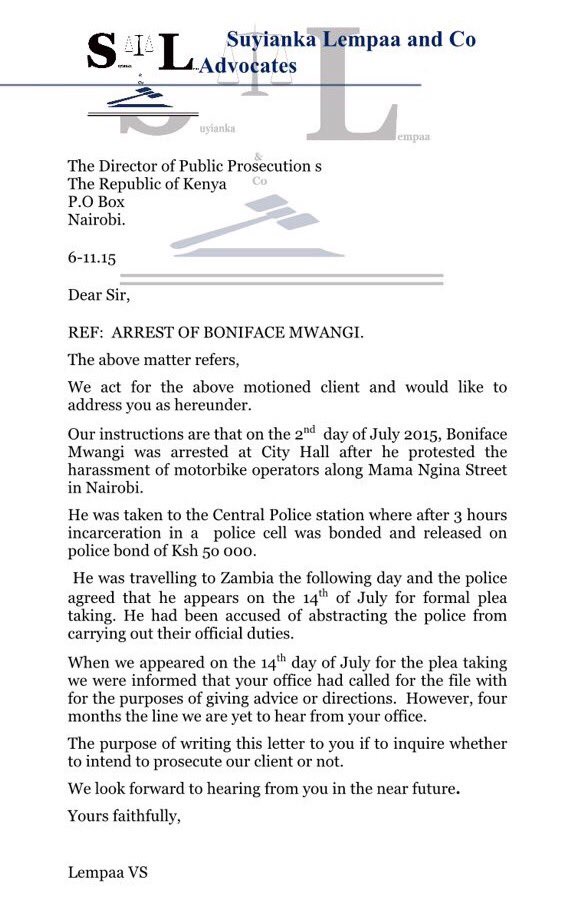 He asked Robert to share every file he has on him and tag the relevant government authorities for action. He complained that his family have always been attacked in the past but has chosen to ignore the blogger. However,he realised that his silence is enabling him to advance his dangerous criminal agenda. 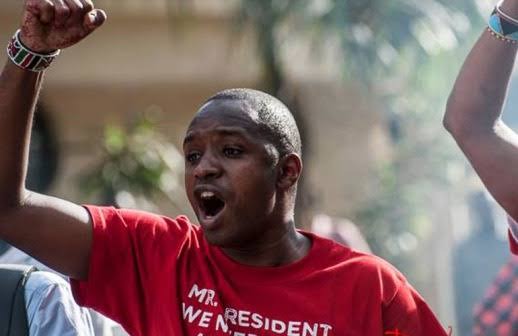 He referred to the blogger as an extortionist who survives at Nairobi city through blackmailing others in return for some money. He refuted claims that he has files for everybody and joked that may be they are tissue files. He asked him to name those who will fund him for exposing him. The activist insisted that he is not afraid of anybody and no amount of repeated lies will become the truth. 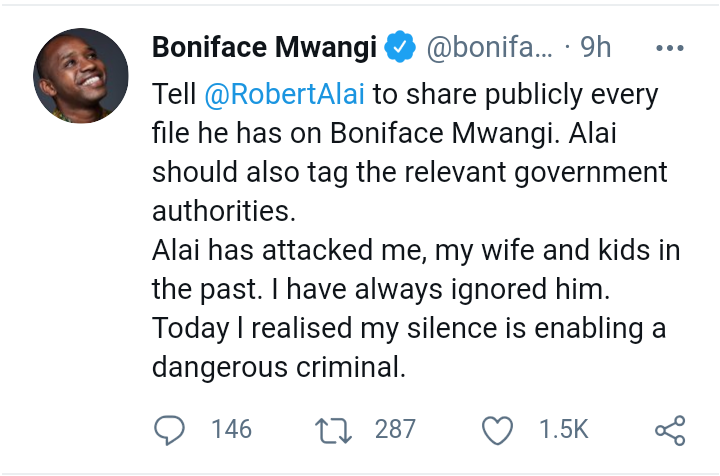 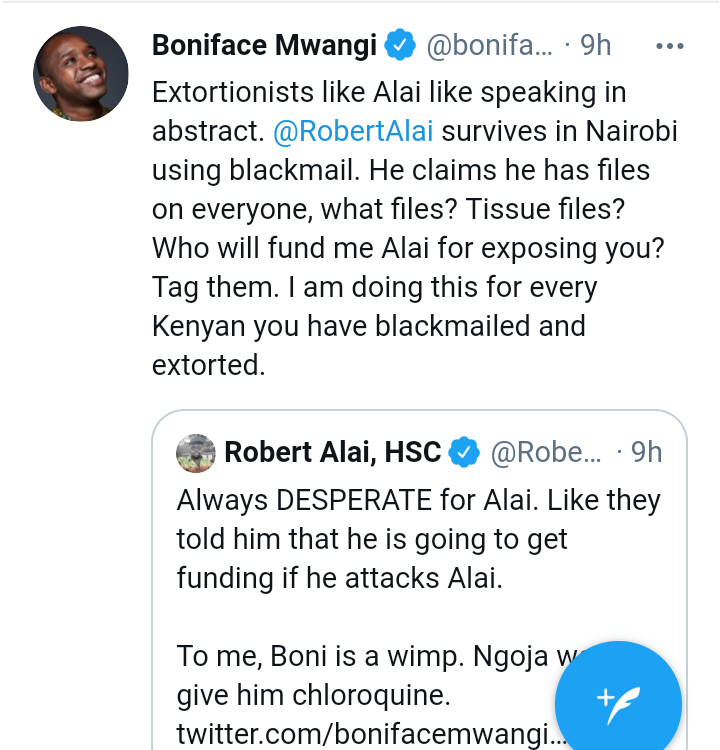 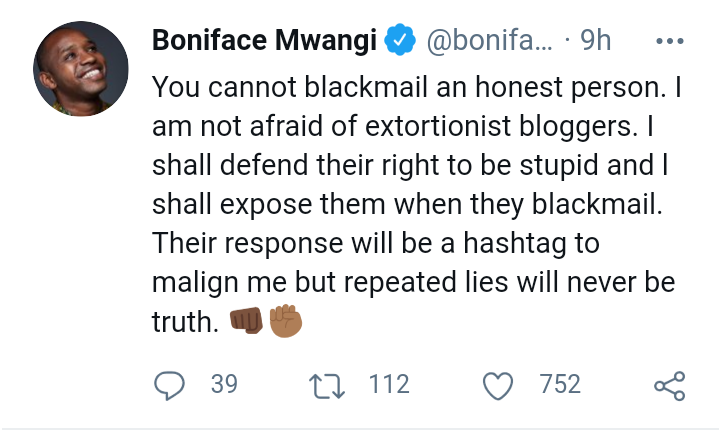 He exposed how the Kahawa Tungu blog associated by Robert has no reporters and only rely on other media resources to publish stories. He asked the blogger to tell Kenyans on what else he does to earn a living apart from lifting articles from the Mainstream sources. 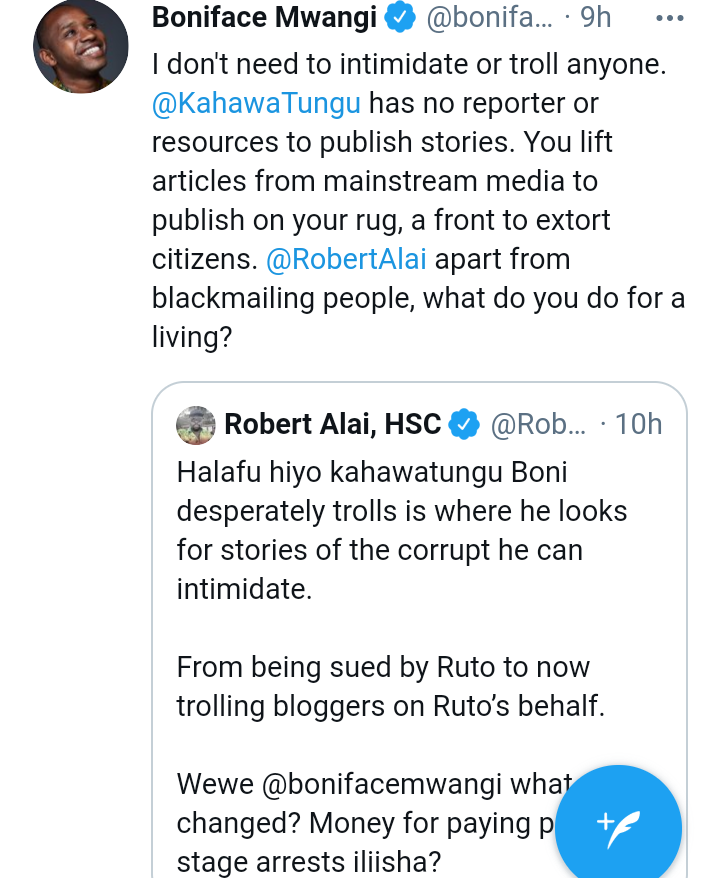 After Indian variant Was Confirmed in Uganda, Police Officers Reveals This Warning To Curfew Hours