By Kigen&apos;sBlog (self media writer) | 9 months ago 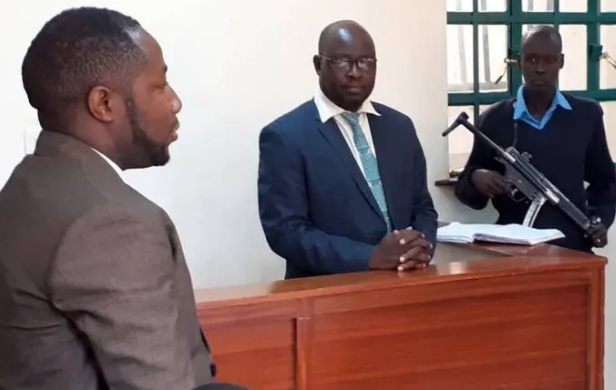 Drama ensured today at Nyamira county when the judge acquitted a Nyamira MCA after the judge said that there was lack of evidence. The lack of evidence was because, the girl who is presumed to be a form 4 student could not remember where they slept with the MCA.

The member of assembly for Magwagwa Ward, Fred Nyachae was arrested and taken to court after the prosecution had filed a case that the MCA had defiled the school girl. However, the judge said that the girl failed to recall the guest house that it was allegedly said that they had slept. 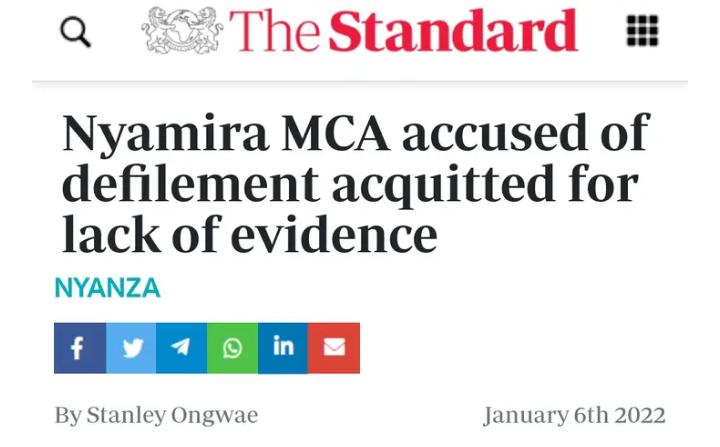 According to a section of the report seen from the standard newspaper, it read, “Her evidence has some gaps that go down to her credibility. I say so because first and foremost, she stated before the court that she was unable to remember the said guest house where she spent the night with the accused. This made the investigating officer, who was also among the prosecution witnesses, fail to locate the alleged scene of the crime." As said by the judge.

What do you say about this? Kindly share your thoughts.

Content created and supplied by: Kigen&apos;sBlog (via Opera News )