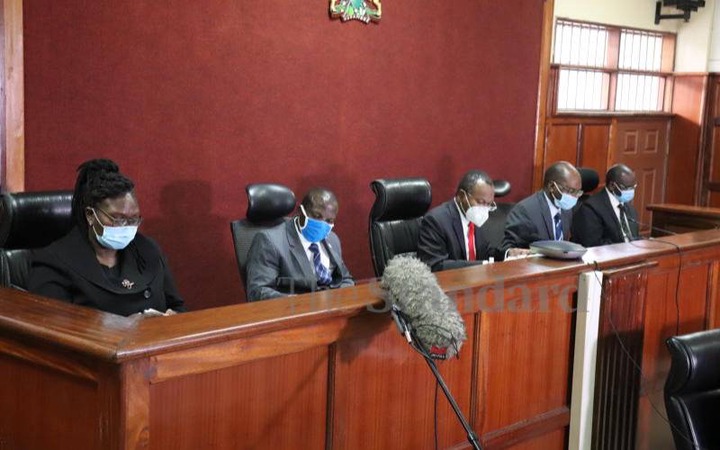 The legal advisor and strategist Steve Ogolla, has revealed out a ground in which the BBI promoters should not rely on while making an appeal in the Court of Appeal.

Speaking on an interview with Citizen Television, Ogolla said that if the Lawyers from the BBI promoters side could make a decision to appeal the case on the ground that the president did not initiate the BBI process, then the appellate might die upon arrival.

He argued that it is clear that the President was actively involved on the Building Bridges Initiative (BBI) report process, since he is the one who appointed the BBI taskforce and then he later extended their term for another one year.

This is a clear indication that he was actively involved in the process, one cannot deny that because it is fact. It they try to follow that ground while filling the appeal, then the case will be dead on its arrival to the Court of Appeal.

"Actually if the lawyers of the Promoters of BBI can take a ground of denying the President involvement in the process, to file out the appeal then the appellate will die on arrival. Because somebody may look at it and immediately ruled it out since it is clear that the president was involved in the process."

"He appointed the BBI taskforce he gave them orders to go around the country to collect opinions, and then he added them another one year period." He argued.

Impossible Is Nothing, Kikuyu Market Gains New Look After Renovation And Other Regions