OKA Declares Stand On BBI And Possibility Of Working With Raila

By NewInKenya (self meida writer) | 9 days

One Kenya Alliance, a political outfit comprising of Gideon Moi, Musalia Mudavadi, Kalonzo Musyoka, and Moses Wetangula, has made a stand on the Building Bridges Initiative, a product of the handshake between president Uhuru Kenyatta and the Orange Democratic Movement party boss Raila Odinga. 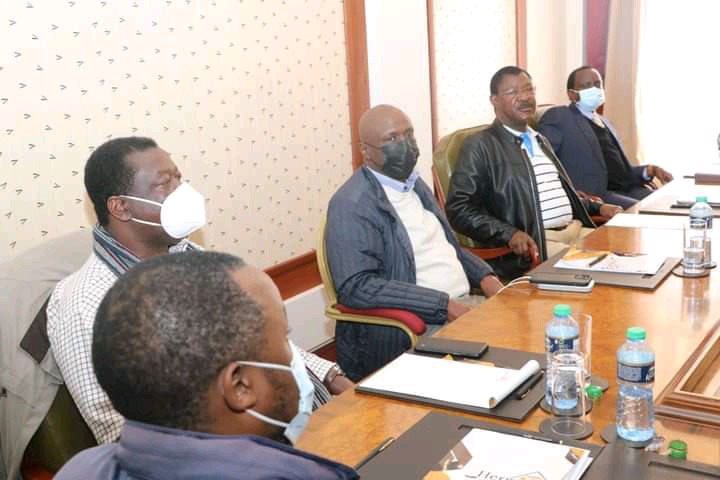 The team that is currently working on succeeding president Uhuru Kenyatta has decided to keep off the Building Bridges Initiative politics until the court makes a ruling, this was discussed in their meeting held on Tuesday afternoon.

The court of appeal will determine the case towards the end of August this year. The appeal was filed by President Uhuru Kenyatta, ODM leader Raila Odinga, and IEBC, this was after the High court ruled that the bill was null and void. OKA team is behind president Uhuru and the bill. 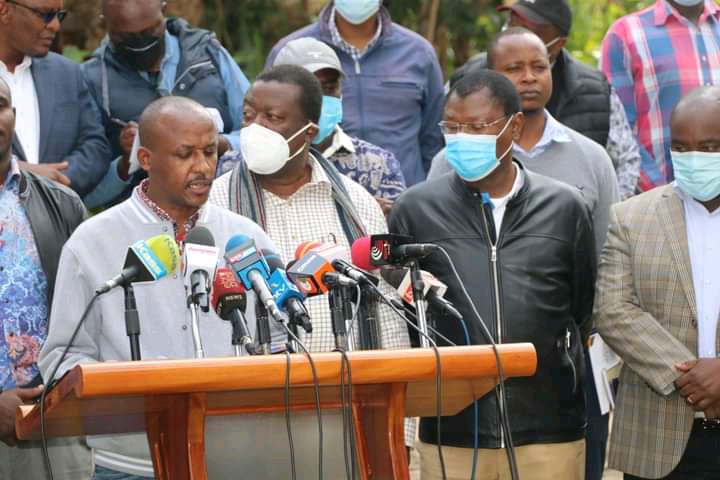 On the possibility of working with the former prime minister and his party, some of the principals reportedly called on their partners to embrace the ODM leader, however, they stated that he will only join them as an equal partner. 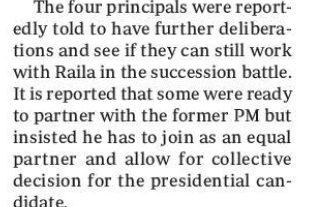 The three principals: Kalonzo, Mudavadi, and Wetangula agreed to kick-start the process of ending the NASA Coalition to focus in building the new coalition ahead of 2022. 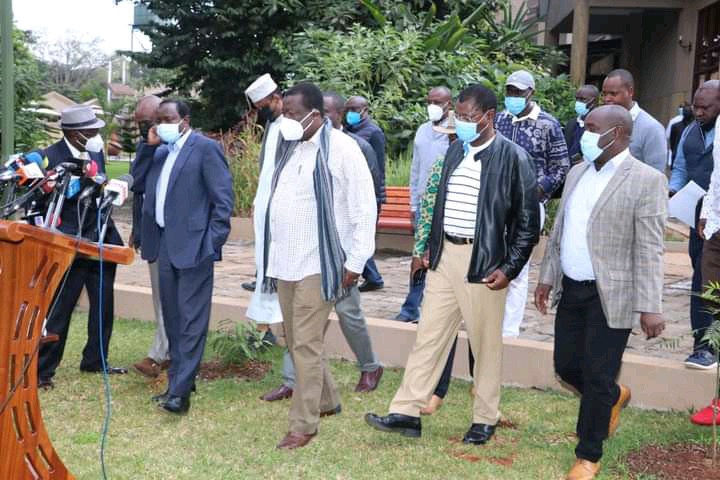 Safiri Salama; Emotions Run High Online After a Lady Dies Minutes After Making a Wish to be Healed

What DP Ruto Tweeted Today That Proves He Respects The Government