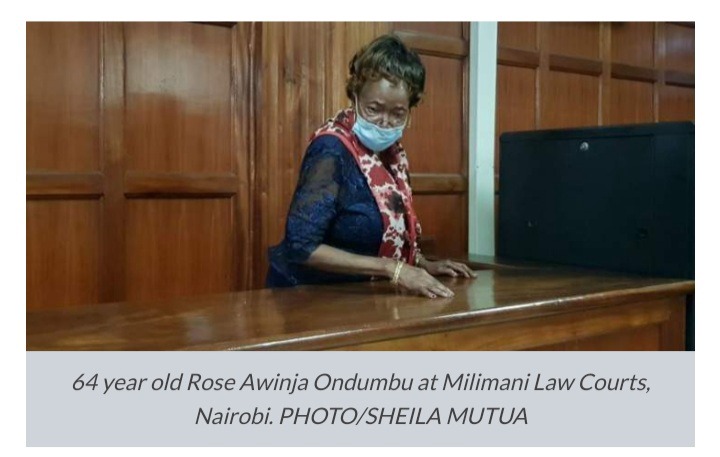 A Nairobi court has put nurse under police radar for five years for running a terrorist property owned by her son who was shot dead by Kenya Defence Forces (KDF) in Somalia.

Rose Awinja Ondumbu who is battling with unkown illness was jailed after she confessed to running the business.

It’s reported that on between December 1, 2013 and in March 2017 while at Umoja Estate in Nairobi county, she operated the property described as Nasra Gardens which by then was possessed by Anwar Yogan Mwok, who was linked to the terror based Islamist Al-shabaab group.

Her late son Anwar is said to have been shot dead in Somalia by the Kenya Defence Forces during a crackdown.

The accused who was tearing in court while facing her charges was found guilty in 2017 with two various cases of operating a property possessed by terrorists and a substantial amount of money for financing terrorists activities.

The justice while giving his ruling considered the fact that she is was remorseful and her son was shot dead in Somalia and that she is the one providing for her grandchildren.

“I have seen that she is linked to terrorist activities and that her family is shaken. She is also ailing from unknown disease,” the magistrate ruled. 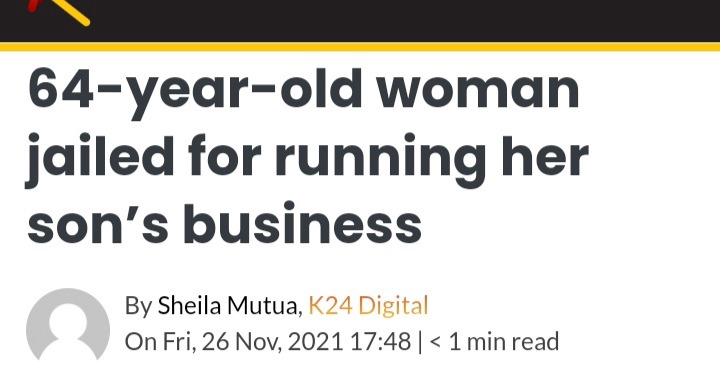 "I Apologized My Husband's Side Chick To Save My Marriage" Susan Kagwe Say's.

Ruth Odinga, Asks Women From Nyanza to Deny Their Men Conjugal Rights Until They Register as Voters